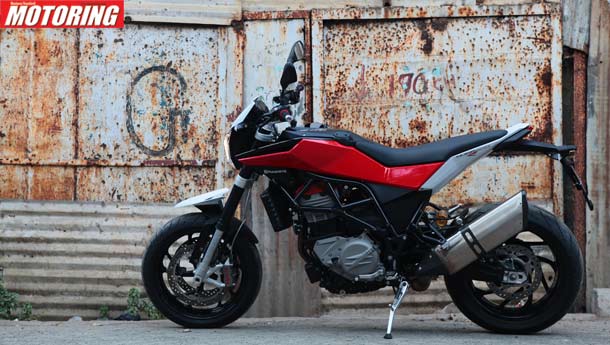 Pierer Industrie AG, which is owned by Stefan Pierer, the CEO of KTM AG, will buy the brand from BMW for an undisclosed sum. Rajiv Bajaj-led Bajaj Auto owns little more than 47% equity stake in KTM.

"The BMW Group is realigning its BMW Motorrad business. By restructuring the segment, the BMW Group will concentrate on expanding and utilising the resources of the BMW Motorrad brand. Therefore the BMW Group signed a purchase agreement with Pierer Industrie AG (Austria) for the acquisition of Husqvarna Motorcycles", a statement from BMW said.

Husqvarna has been manufacturing motorcycles since 1903. It specialises in off-road and street  bikes, matching the portfolio offered by KTM AG presently. The KTM Duke 125 and 200 is made at the Pune plant of Bajaj Auto, India's second largest bike making company.

Moving forward Husqvarna bikes can also be made at the same Pune plant since there are several synergies within the class of bikes. The acquisition by KTM is considered to be  significant as it is the first buy-out after the Austrian company came out of losses.

KTM has been riding high on the success of the smaller Duke bikes made at the Chakan plant of Bajaj which is the most technologically advanced plant among the four plants operated by the company. Rajiv Bajaj is also on the supervisory board of KTM.

"In the context of changing motorcycle markets, demographic trends and increasing environmental demands, BMW Motorrad will expand its product offering to exploit future growth potential. The focus of the realignment will be on urban mobility and e-mobility", BMW stated.

Both KTM and Bajaj plan to launch several more products of the KTM range imported from Austria and made locally in India. Bajaj has been sharing engines and platforms with KTM which are jointly made by both.

TVS Motors, meanwhile has said that the acquisition by KTM will not have any impact of its talks with BMW. The Chennai-based company has been in a dialogue with the German giant exploring tie-up possibilities for motorcycles in India.