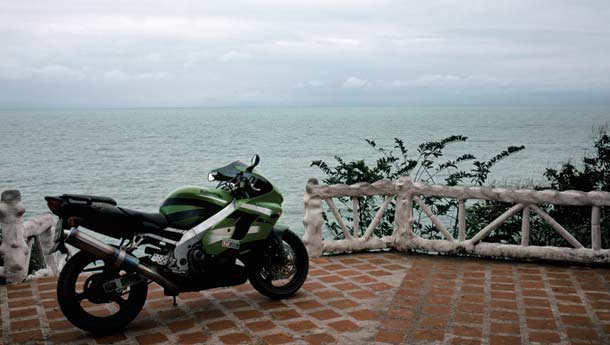 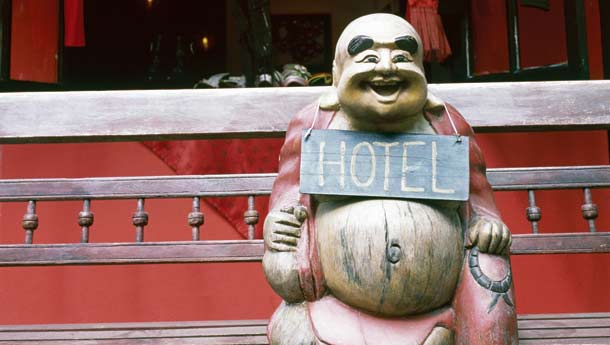 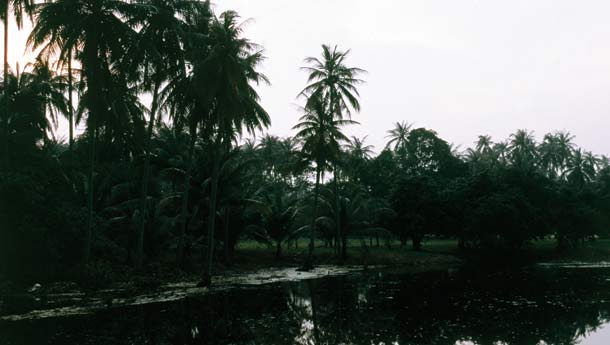 I’ve thought long and hard (as you read further, you’ll understand the full implication of this) about how to couch the following in politically correct language, but it’s hopeless. There’s no beating around the bush with this one, folks – Koh Samui’s biggest attraction is a set of giant genitals on the beach. I scarcely believed it myself when informed about their presence by the grinning receptionist at my hotel. ‘This I have to see’, I told myself. After all, how often was I likely to find myself in a place that proudly made such a claim? After a quick lunch, I set off to discover whether all of this was really a ...well, cock and bull story.

It was, of course. After a few wrong turns (one of which almost had me riding through someone’s door), I managed to locate the famous Hin Ta/Hin Yai (grandfather and grandmother) rocks. Now, I’ve seen a few sights in my lifetime, but these rocks were something else. The grandfather bit of things pointed energetically skywards out of a rock outcrop, like a middle-finger salute to the sky. Grandma, on the other hand, was, erm, a large crack in the rock surface, just below the rampant grandpa. It was hard to believe that these were natural formations, shaped away over time by nature – I couldn’t help imagining the local authorities quietly chipping away with chisels in the dead of night, grinning with delight at the sensation they would cause in the morning.

At any rate, every single person at the spot inevitably broke into peals of laughter as soon as they spotted the rocks, and I’m sure a number of nudge-wink jokes were flying around in various languages. Funny as it all was, there’s only so much time that one can spend in the company of a giant you-know-what. Suitably entertained, I headed back toward the parking area and was thinking about where to go next when I felt a few drops on my head. I glanced up and saw a sky that looked ill-tempered, to say the least; dark clouds had gathered and were all set to let rip. ‘Not again!’, I said to myself.   To slip in a bit of background, the weather on the tropical island of Koh Samui (an hour’s flight south of Bangkok) had been totally execrable almost from the instant I had arrived. If someone had, at that moment, handed me one of those brochures with photos of bright sunshine and blue seas, I would have clubbed him senseless with it. The skies had opened up on the way to my hotel from the airport and, barring the odd dry spell, had stayed open. It stayed resolutely grey and even more stubbornly wet, and I gave up in frustration after attempting a fairly miserable swim in a concrete coloured sea. The next day was no better either. By now, my hair was in considerable danger of being torn out in great big tufts and I was seriously considering packing my bags and flying back to Bangkok’s several (mainly dubious) pleasures. Until, that is, fate intervened in the shape of a Kawasaki Ninja ZX9-R.

In the middle of all the doom and gloom, Ohm Cycles stood out like a welcome ray of sunshine. A motorcycle garage/hire shop, it advertised itself as the only place in Samui where you could hire a big bike (perfectly true; other shops only had tiddling little scooters and step-throughs). A who’s who of bikedom flexed their collective muscles on the shop front – a ZX12-R compared its biceps with a ‘Busa; a 2004 R1 flashed a wicked grin in the company of a CBR1000 RR and the bonkers ZX10-R; the 600cc whippersnappers made rude jokes about their big brothers; the Harleys got together and scoffed at the Jap cruiser-pretenders; the 400cc crowd frantically gobbled their protein supplements. I wiped the drool off my t-shirt and made a few enquiries about hiring procedures. They were simple in the extreme – ‘No plobrem, you give full money now, leave passport.’ I had no qualms about paying in advance, but leaving my passport with a stranger (especially in Thailand, where passport theft is a big menace) had me frothing at the nostrils a bit. However, the urge was overpowering. I couldn’t think of another occasion where I’d get the chance to keep a big bike all to myself for a few days, so before I knew it I’d handed my passport over. ‘Ok, you ride and see which you like. You know ride motorbike?’ That last question perfectly illustrates the attitude to public safety in Samui, but I had the bit between my teeth now and wasn’t about to back off.

The R1 had already been spoken for, so I hopped on the ZX10-R and took a short spin. It was incredible, but just a little too terrifying for my constitution. The Fireblade was smooth-as-silk but a bit boring (and the brakes were shot). The Gixxer Thou squeaked and rattled way too much, the 600s didn’t have the required ‘look at me on my big bike’ image and the 1200cc mob were beyond the capabilities of my wallet, as were the Harleys. Just then, the fellow rolled out a freshly washed and serviced ZX9-R, 1998 vintage and in the requisite Kwacker green. As soon as I set off on it, I knew it was the one. It was incredibly fast, but it was controlled and predictable and everything felt nicely weighted out. It was a big, usable, road-biased bike, but was perfectly capable of going all Texas Chainsaw Massacre if you so wished – just what I was looking for. I swung a good deal on the bike, but then began to slowly wrap my mind around the fact that it was still raining lightly, the concrete ring road around the island was wet and I had an 899cc, 130 bhp rocket to contend with.   ‘In for a penny, in for a pound’, I said to myself. Koh Samui isn’t a very large island (about 55 km in circumference), and it has one well-surfaced ring road running all around it, so it’s quite a nice little loop if you’re on a bike. Once I got over my initial nervousness about catapulting the bike into a ditch and myself into the ocean, things went well. Usually, when I’m travelling in/on a vehicle of some sort, I take my time looking around the place I happen to be in. This time, I decided the island would have to take a back seat – my principal objective was to ride the wheels off that bike for as long as I had it.Still, it would be doing the place an injustice if I were to bypass it altogether; despite the weather (and it is a tropical island after all), Samui is a great place, with a little something for everyone. Way back in the ‘80s, when it was first discovered by backpackers, it was a tropical paradise in the truest sense of the word. You had to bring your own tent and supplies and sleep on the beach, which you had all to yourself. The islanders, who grew and sold coconuts for a living, found that all the strange white people were willing to pay good money for a place to stay and food to eat, and before you knew it there were 7-star luxury resorts and Starbucks outlets all over the place. As a result, Samui today is a strange mix of ugly concrete and stunning natural beauty. If you head off the ring road, for example, you’ll come across lovely B-roads with very little traffic and great views of the ocean. Or you could head up country a bit and blast through emerald-green rain forests, park after a while, put on your trekking shoes and set off to see some  waterfalls. There are, of course, several beaches on the island and you can choose from the bustling Chaweng, with its attendant shopping arcades and tourist tat, to the secluded Taling Ngam, where you can lie back with not another soul in sight.

At that point, however, being a beach bum was far from my mind. A full loop of the island seemed just the antidote for my blues, and as I opened up the throttle, the front wheel lifted ever so gently and the big Kwacker surged forward. The hair-raising howl from the Yoshimura can was by itself enough to elevate my mood, but the magic bullet appeared in the form of several tight twisties. It was raining pretty hard by now, but I was in the grip of the sort of breathless excitement that a big bike brings on; I backed off only slightly and leaned over, every nerve and sinew tingling. My mind was so focussed I almost had tunnel vision, but it was also totally relaxed at the same time. I went through those corners like I’ve never done on a bike, and when a straight appeared after them I decided to meddle with the volume control and turned it up to maximum. The bike ripped through the rain without missing a beat, although I couldn’t say the same of my heart. I crouched over and hung on for dear life, scared, breathless, elated, a grin the size of Alaska on my face, and I learnt something fundamental in that instant. No matter how dreary life seems, all you need is a motorcycle to set things right. BSM