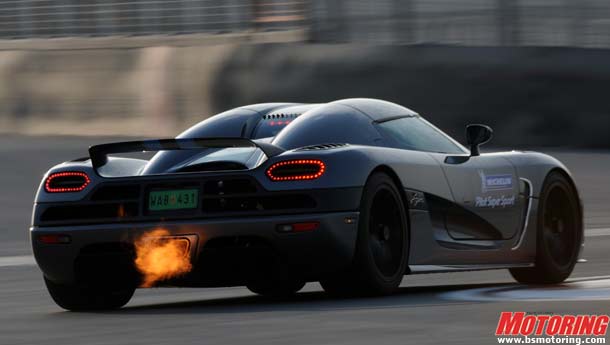 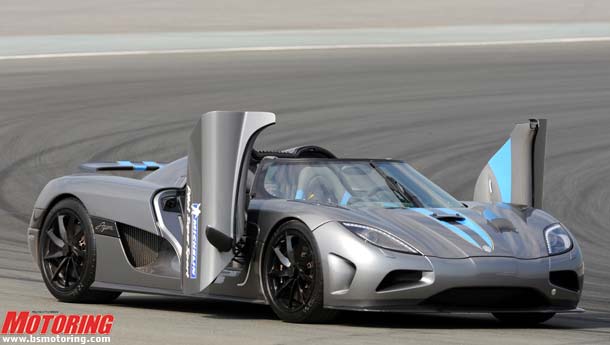 READ THE KOENIGSEGG AGERA REVIEW IN OUR JANUARY 2011 ANNIVERSARY ISSUE!

Koenigsegg, known for its big engines, unfamiliar designs and styling under its own brand, will launch the Agera, which carries a sticker price of Rs 9.6-10 crore, next month in Hyderabad.

The supercar maker’s ride into India will be managed by Delhi-based InterGlobe Enterprise, which also promotes low-cost carrier IndiGo under the InterGlobe Aviation banner. An announcement to this effect is expected next month, said industry sources.

A spokesperson for InterGlobe declined to comment on the development when contacted via email.

Koenigsegg will be among the last few globally renowned automotive brands to make an official entry into India. Rivals such as Bentley, Bugati and Lamborghini (all owned by Volkswagen), Porsche and Rolls Royce have already launched sales in India.
SPECS ENGINE
5.0 litre, V8 POWER
950 hp at 6,850 rpm ACCELERATION
0-100 kmph in 3.1 sec TOP SPEED
390+ kmph  WEIGHT-TO-POWER
1.42 kg/hp

Bugati made headlines last October when it launched the Veyron 16.4 Grand Sport, the most expensive model in India, priced at Rs 16 crore. Famed Italian supercar maker Ferrari, in which Fiat holds a substantial stake, will also launch cars in India later this year, for which Fiat has kick-started the process of dealer selection.

Although these brands are available to Indian customers through sales offices, other makers like Alfa Romeo, Aston Martin, Maserati, Cadillac and Pagani can be bought through a clutch of private importers.

The Koenigsegg Agera, which sports a 4.7-litre aluminium V8 engine capable of producing peak power of 850 bhp, is one of the fastest production cars in the world. To better understand the power of the Agera, it is more than 18 times that of the Maruti Alto (800cc), India's largest selling model.

The Agera, which in Swedish means 'to act', can reach 100 kmph in 3.1 seconds, and has a top speed of 390 kmph. The company plans to build just 16-20 units a year of the Agera, which was first unveiled at the Geneva Motor Show last year.

Industry observers say that the market for such luxury cars is growing by a minimum of 25 per cent a year. This does not include several models from mass luxury carmakers such as Mercedes, BMW, Jaguar, Land Rover and Audi as they are positioned well below in price comparison.

Rolls Royce, which sells models such as the Phantom, Ghost, Drophead and Phantom Coupe, sold more than 70 cars last year, according to a company statement. Better economic growth, fuelled by substantial investments made by a number of multinational companies over the past few years, has contributed to a considerable rise in the sale of high-end cars in the country.

Most luxury carmakers believe that India's demand for exotic vehicles will be much higher than in traditional rivals such as China in the coming years. According to a senior executive at Rolls Royce, India could become its largest market in Asia if the growth momentum is maintained.