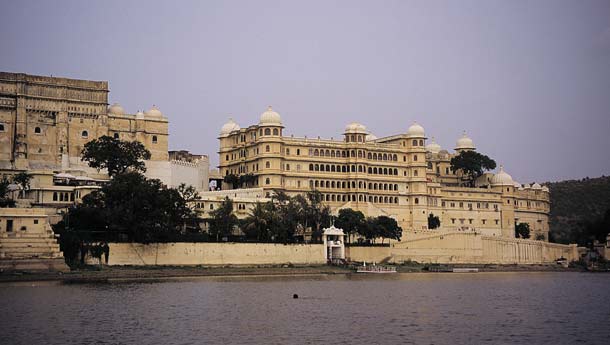 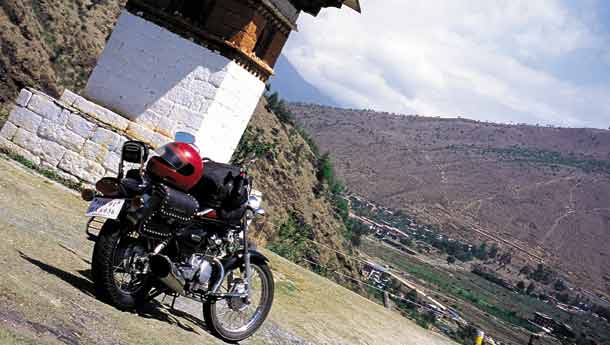 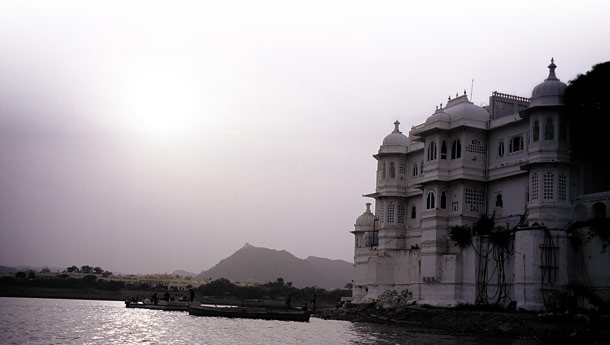 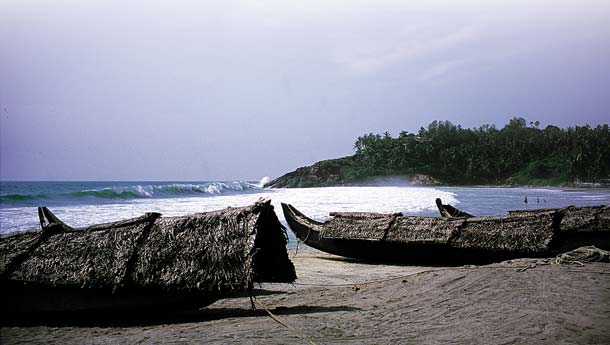 Aah, winter. The time of year when there’s a delicious nip in the air, the sky is blue and the sun shines in a benevolent manner. A time to dig out the woollies and monkey caps. A time to eat prodigious quantities of food, just for the heck of it. Most importantly, a time when your underwear dries quickly. When you’re a travel writer, that’s extremely important, let me tell you. The other thing about being a travel writer is that it can be a bit of a rough-and-ready life. Bombing around the country in a car sounds like the ultimate dream job, and indeed it is. You see and experience things that would otherwise have been in the realm of daydreams ( I probably learnt more in one day spent at Lothal than I did during ten years worth of history lessons). Clichéd though it may sound, I’ve also discovered many things about myself as I’ve criss-crossed this amazing country.

But it can be tough, too. Endless delays as you twiddle your thumbs behind traffic, backed up for miles due to highway construction. Landslides that gleefully fling your itinerary out the window. Fleabag hotels (you won’t believe the number of times I’ve paid a pretty steep sum for a room that looked like an execution had just taken place in it) and dicey food. Dust, rain, mud and crud. I’m not complaining, mind you. It’s all part of that great package deal called travel and at the end of the day, it’s always worth it. Still, there are times when I have wished I could combine a decent drive with some creature comforts. Crisp, white sheets, a room with a view, gourmet food, a quiet drink on a private balcony...that sort of thing. This time around, I decided I would make it happen, and what better place to do it than Neemrana?

Neemrana Fort Palace, to give it its full name, can lay claim to being quite the most extraordinary hotel in India. Actually, Aman Nath and Francis Wacziarg (they give you a night’s free stay if you can pronounce that first crack out of the box) would probably take offence at their flagship property being called a ‘hotel’. They might even object to my taking the mickey, but that’s another matter. They prefer to call it a ‘non-hotel’ and it is advertised as such. The property was built in 1464 AD by Raja Rajdeo, a descendant of the Chauhan dynasty, and this makes it India’s oldest heritage resort. It was occupied till 1947, by which time it was already in a state of disrepair. When Nath and Wacziarg discovered it while on a recce, it was a crumbling ruin. Having already had great success with Castle Mandawa, a property they developed for the Shekhawati family that owned it, they decided to buy the Neemrana fort from its Chauhan owners. Years of painstaking and, crucially, authentic restoration ensued. Depressingly often, properties such as these yodel on about how authentic and tasteful they are. Completely taken in, you roll up and find a large concrete slab with chintzy decor and velvet upholstery. Neemrana, I am happy to report, is a magnificent exception.

Sprawling almost vertically over ten levels and three acres of hillside on the Aravalli range, it is the most fascinating hotel I have ever bedded down in. Yes, much as the brochures might say otherwise, it is a hotel, at the end of the day. But what a hotel! The place is a huge, labyrinthine complex of corridors, ramparts, verandahs, parapets and cul-de-sacs, the whole garnished with immaculate lawns and vibrant bougainvillaea. Literally every corner you turn presents you with something interesting, not the least of which is a series of paintings on glass by various artists to celebrate Anjolie Ela Menon’s 60th birthday. If you’re lucky, there’s a possibility that the likes of Shubha Mudgal and Ustad Amjad Ali Khan might be giving a performance here. A well publicised writer’s conference was held here not so long ago, where the redoubtable Sir Vidiadhar Surajprasad Naipaul, renowned as a fount of joie de vivre, managed to antagonise pretty much everyone in sight. He must really be a hard case, because I find it difficult to believe anyone would feel grumpy in such a relaxing place.   Relaxing with a capital R, that’s what Neemrana is tailor-made for. Here’s how a day there might read:Wake up to bed-tea in one of the superbly tasteful rooms, furnished with an eclectic mix of traditional and colonial furniture, paintings and antiques and quaintly monikered Heera Mahal, Dakshin Mahal, Hawa Mahal and so forth. Take a long shower in one of the famous bathrooms, each with a view and worthy of the tariffs by themselves. Amble over to the breakfast area, getting pleasantly lost en-route. Gorge yourself on crisp bacon, fat sausages, home-style jam and incredibly stinky blue cheese (boy, what a pong! And just wait till you eat it.) Haul yourself out of your chair and wander around the fort, pausing to sun yourself on one of the terraces. Browse through the gift shop and gasp in horror at the prices. Calm your nerves with a refreshing beer, and then indulge in more conspicuous consumption. How does a light soup, followed by a broccoli bake and topped off with fresh cream rolls, strike you? Stagger back to your room, curl up with a trashy thriller and fall asleep. Awake in the evening and head over to the health spa, where you part with large sums of money and have Ayurvedic oils poured into every crevice in your body in return. Rejuvenated, head to the terrace where tea  and snacks are being served and watch the sun go down. Toy with the idea of applying a crisp backhander to the cheek of a young terror who’s roller-blading over peoples’ feet. Go back to your room and read some more until dinnertime. Along with a glass of house white, down some roast potatoes in garlic and so many other dishes that you lose count. Sit on a terrace and watch the stars. Retire to your comfy bed and sleep the sleep of the thoroughly satisfied.

Repeat process the next day.Having spent a blissful day in the above manner, I decided to carry on down the road to Kishangarh, mainly because I would have gone stone broke had I stayed any longer. Actually, that’s doing Kishangarh a disservice. It’s a bit off the tourist map, but by rights it should be a significant part of it. You wouldn’t think as much when you first drive into town, though. It’s a chaotic, dusty place where motorcyclists and cows take turns attempting suicide under your car. Grit your teeth and continue towards the Phool Mahal Palace Hotel, where your outlook on the place will immediately change. A stately, graceful building, it was built while the Brits still ruled. With typical Rajput whimsy, various kings added to the structure without being terribly concerned with issues like symmetry and logic. As a result, each room has a unique character, not to mention a different size. The one I got, for instance, was large enough to serve as a bus depot. I loved the place, and daresay it has even more character than Neemrana, which is also ever so slightly snooty.   The massive Kishangarh fort serves as a backdrop to the hotel, and the knowledgeable hotel manager will take you on a guided tour if you want. Do make the effort, because it’s a wonderful old place. Nothing is closed off, fortunately, so you can wander into every single boudoir, toilet and armoury. The kitchen was my favourite room, with it’s humongous ladles, vat-like kadhais  and even an ancient Salter weighing machine! At first I though that the Rajputs must have been Lilliputs too, because all the ceilings and doorways were built rather low. Not so. If the fort was ever invaded, your enemy would be forced to walk around with his head bowed, so you could cunningly slice it off with one blow (or several, depending on how handy you were with a sword). Not that the situation ever arose, mind you. Kishan Singh, the founder of the Kishangarh dynasty, and successive rulers got in good with the Mughals, so they were never once attacked. Even when the Brits showed up, they decided Kishangarh was worthy of a 15-gun salute.What not too many know is that Kishangarh was once the centre of a superb artistic tradition, rivalled only by the Mughal School of miniature painting. Its most famous subject was Bani Thani, a courtesan whom artists used as an icon for Radha. She’s often referred to as the Mona Lisa of India, with her high forehead, arched eyebrows and lotus-shaped eyes. The tradition died out, but you can still buy yourself a painting done by one of the many artists here. The Maharaja of Kishangarh, Brajraj Singh, (who owns the hotel)  has a personal collection of original miniatures, most of which are meant to be rather naughty. If you inform the hotel well in advance (a fact I learned too late), a personal viewing can be arranged.

As I sat on one of the hotel’s several terraces, sipping some great tea, I watched the sun go down. The lake fronting the hotel used to lap at the balconies below not so long ago, but was now almost dry. My cup, on the other hand, was definitely running over. Sure, I would go out and get stuck in more traffic jams. I’d cringe as I spent the night in another roach-motel. I’d pinch my nose shut and down some unidentifiable morsel that masqueraded as my dinner. And I’d enjoy every bit of it. But for now, all those thoughts were very far from my mind. I was pampering myself. I was kicking back. I was living the good life.

Neemrana is both your destination and your place of stay, and if you’re the sort who can’t sit still for a minute without ‘doing’ something, you’d be well advised to, like, y’know, chill. Apart from stuffing your face, being slathered in therapeautic oils and taking a stroll around the property, there’s not much to do. For those feeling a little more energetic, take a 20-minute walk to the nearby 17th century baoli, or stepwell. It’s quite fanstastic, but be careful on the steep and crumbling steps. A walk through the mustard fields is also quite nice. What would I recommend? Walking is for people with too much energy to spare. Lie back and be as lazy as possible!

Kishangarh has more to ‘do’. The hotel itself is worth exploring and, of course, the fort is a great old place. If you’re in luck, you can have the Maharaja himself show you his personal collection of miniatures. Like I said, most of it is of an erotic nature, so try not to gawp. The old part of town is a great place to wander around too. There are lots of beautiful old havelis still standing, and a lot of the shops date back, well, a very long time. Of particular interest is Chhotuji Kachoriwale, where fabulous savouries and pethas are to be had. You can visit the marble mines at nearby Makrana, although frankly they’re about as interesting as watching paint dry.