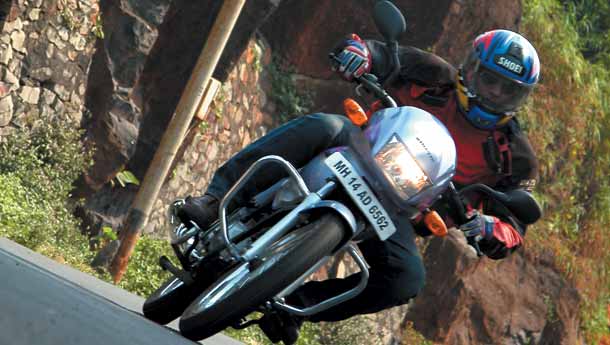 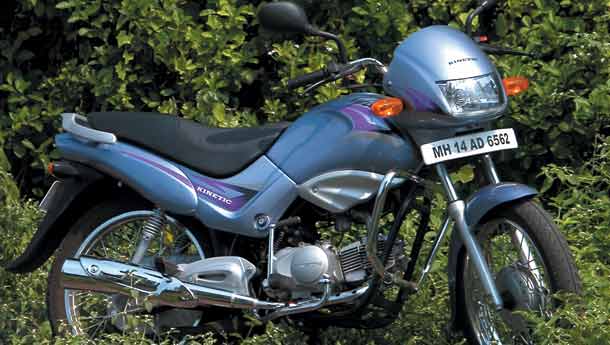 At the launch of the LML Freedom,Mr. Deepak Singhania said that not having an execommuter in the line-up, didn’t allow his company to compete in as much as 60 per cent of the total motorcycle market. And the only two-wheeler manufacturer in the country not to have a product in the largest segment in the business is Kinetic.

Make that was. This, ladies and gentlemen, is the Kinetic Velocity. The latest bike to come out of Pune and the product tipped to complete Kinetic’s image makeover from a scooter maker of repute to a full-fledged motorcycle maker. To wit, LML completed a similar transition with the success of the Freedom.

In as much, the Velocity is a product critical to Kinetic in their motorcycle strategy. Kinetic have chosen to go with a bored-out 113.6 CC version of the horizontally-mounted engine on the Boss EX. We first encountered this unit on the Boss 115, and frankly, it was quite likeable. It wasn’t especially refined, or for that matter gutsy, but it was open, honest and peppy, compared to the competition. On the Velocity, the engine’s vibes are better controlled but present, and the engine has a personality that betrays a youth spent listening to heavy metal and hard rock.

The 8.4 bhp that peak at 7,500 rpm is accompanied by a huge racket and while the engine doesn’t feel like it will explode or anything, it isn’t the most pleasant way to achieve maximum thrust. Fortunately, the noise isn’t accompanied by an unwillingness to rev. So keep the revs up and the Velo will get to 60 in about 11 seconds, which is a second slower than the Boss 115 and two seconds more behind the Freedom and the Victor. By 8,000 rpm, though, the engine has nothing left, so a quick dab on the positive, and only the slightest bit notchy shifter is well-advised. Keeping the throttle pinned and mechanical sympathies at bay will see a 86 kph top speed, more or less par for the class. Kinetic’s kept the fuel efficiency figure in sight and 66 kpl is easy in a mixed cycle, with steady riding returning high-60s numbers with ease.   The Velocity does get a double cradle frame, with a new box-section swingarm. In traffic, the wide handlebar and flex-free chassis allow easy movement. However, once you up the speeds, the Velo’s handling quickly unravels. It wants to fall into corners and needs constant corrections to maintain any sort of line through corners. The MRF Zappers do great duty in keeping the rubber side down, and still keep pushing and you will feel a slide a two. Part of the handling problem could be the lack of a front-fork brace under the plastic mudguard, which does not allow the Velo to equally distribute suspension travel. This is most evident under emergency braking where both the Velos under test wanted to dive to the right and needed steering input to stay on a straight line.

On the move, the Velo feels firmly sprung yet tends to get bouncy over rounded bumps as well as sharp-edged irregularities. While we’re not suspension tuners of any stature, we suspect that a bit less compression (to allow quicker spring compression) and more rebound damping (to smooth out the rebound spike) might have made the ride more supple. This combined with constant vibes from the rear footpeg make for a nervous pillion.

To distinguish the product from others in the market, the Velo goes for a curvy styling package. So it looks quite different from the flatter lines of the competition, but fairing apart, we can’t really call it pretty. However, looks are subjective and your cup of tea could be ditch-water for us. One can’t help but imagine though, that the simple fairing could have played host to a far more excitingly shaped headlamp.

The Velo has a few details issues, though its fit/finish is quite good. The toolkit, for instance, is hard to get to, requiring a coin, removal of two screws and the ignition key to get to. Similarly, while the YBX-type switches are welcome, the engine kill switch isn’t part of the package. That said, the Velo does have simple, white-faced dials which have the usual bits, apart from a throttle – triggered mileage and power mode indicator. And one of the nicest motorcycle monikers in a while.

The one clear advantage the Kinetic Velocity has over the competition is its Rs 38,300 ex-Mumbai price tag which puts it Rs 2,000 below execommuters like the LML Freedom. However, while the price is right, the Velocity can be made into a far superior product with a little more time and effort. And there is time, after all, the market’s not going anywhere, is it?