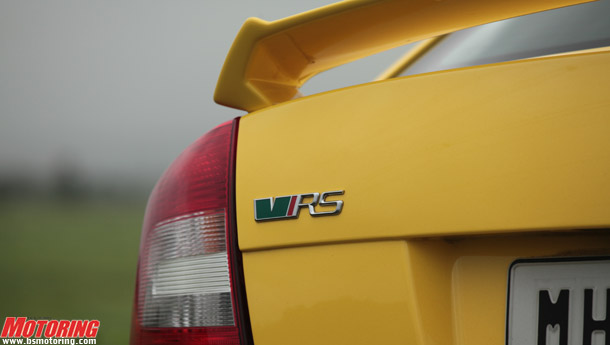 Last weekend I was headed up north from Delhi to Chandigarh and my choice of wheels was the new Skoda Laura vRS. Pretty much a blip on the automotive sphere of things, the Laura vRS is probably one of the least drummed up launches in the last few months. The reasons are aplenty, at least on the face of it — a totted up regular Laura with vRS embellishments that are most questionable to the enthusiast on the street.

Or so it seems. I spent some quality time with the car, notching up close to 600 kilometres in the quest to find out if the car deserves all the flak it has gotten. Or not.

To begin with, the motor is brilliant. Honestly, the 1.8 TSi was never worth faulting. It's always had enough boost to play around with and the six-speed gearbox is well tuned to extract the most out of the mill. And it isn't slow. At 8.5 seconds to 100 kph and a top speed bordering 210 kph, the Laura RS, even by modern day-expressway laiden-supercar filled-Indian roads, is quick. I could easily keep up with cars that had more pony power under the hood without even breaking a sweat. It's practical, what with its raised ground clearance, et al. The steering too is nice to grip, the seats are wonderful and I like the fact that there isn't much by way of fancy bodywork. It's subtle, but eye-catching nevertheless. So where is the catch?

Albeit it's got a lot to do with the cousin called the Laura TSi. Slap on the body-kit (yes, the front-lip, spoiler and even those LED lights) and you will be down by just under Rs 50,000 for the kit and you will still save a packet over the RS. Of course, I'd love to say that the seats are the only thing you would miss, but yes, I still wish the car had another 20 horses under the hood. And maybe been a bit more impractical, like the good ol' Octavia RS.