Kawasaki outs the next baby Ninja 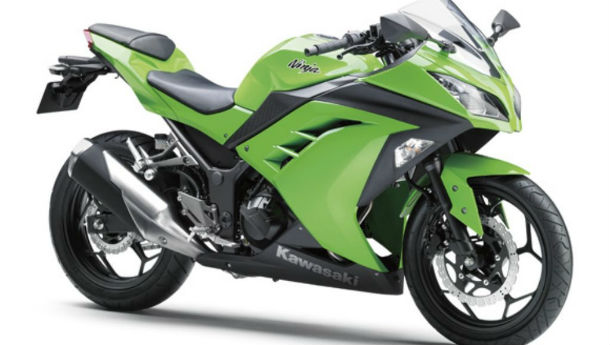 The Ninja, at least the Ninja 250, hasn't changed much over the years. Heck, it's only got its first major redesign a couple of decades after it was originally launched, but now, with the arrival of the Honda CBR 250R and possibly another rival from Yamaha, the competition is getting more and more fierce.

So before things get too bad for the Ninja, Kawasaki went ahead and gave the baby Ninja a thorough once-over. New for the next model year is a completely redesigned front end, one that resembles its larger sibblings a lot more with those twin headlamps and a sharper looking cowl.

Gone are the simple, analogue gauges, which have been replaced by an ana-digi unit consisting of a digital speedometer and a large tach.

Under the fairing, Kawasaki claims that while the engine may be of the same size, new DOHC heads and beefed up pistons mean that it will breath better and be more reliable as well. One of the major changes over the old engine is the addition of fuel injection in this model. That and the option of ABS brings it more or less on par with the CBR in terms of tech.

This model will go on sale in Japan later in the year and could possibly make it to our shores sometime next year.

Check out our review of the current Kawasaki Ninja 250R here: