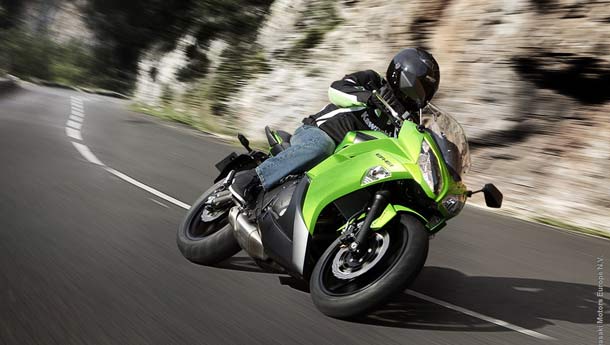 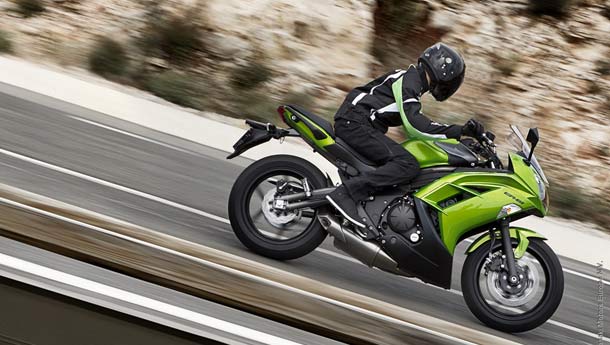 The ideal sports motorcycle for India perhaps is one that exists in the 400cc to 650cc displacement spectrum. Litre-class bikes are simply too much for our roads and traffic conditions and anything sub-400cc lacks the grunt to keep motorcycling fun for experienced riders.

Besides, getting up to speed directly on a 1000cc motorcycle after spending years puttering about on a 100cc bike is definitely a bad idea. The world over, riders need to prove themselves on lower displacement machines, slowly progressing on to that coveted superbike license and that’s the way it should be.

It all makes sense then that Bajaj first chose to introduce the Kawasaki Ninja 250R for riders to cut their teeth on, with the launch of the 650R following sometime later. With the 650R, owners of the quarter-litre Ninja now had a bike to progress to, without venturing out to another brand.

To keep things interesting, Bajaj has introduced the 2012 Ninja 650 and this one seems to have the most tweaks carried out since the model was introduced abroad in 2006. The first thing you notice with the 2012 Ninja is the fact that it looks different, yet strikingly similar to the outgoing model. The exhaust system retains the truncated, slashed look but now features reworked piping and interior engineering design, which apparently has improved grunt at mid-range engine revs. Claimed power output from this Ninja's liquid cooled parallel twin motor is pegged at 71 bhp — more than ample for tackling urban traffic while retaining enough kick to handle long distance, fast highway riding effortlessly.

The frame is now a new twin-spar perimeter job that manages to keep things together, while improving overall rigidity. This will make the Ninja a happy camper in the twisties, promising to make tackling corners a joyous affair. The suspension now has more settings to fiddle with, keeping you happily engrossed for hours on end when it’s pouring outside.

Priced at Rs 5 lakh, ex-showroom, New Delhi, the Ninja 650 seems like a good motorcycle for that money, especially since the only other contender currently being sold in the Indian motorcycle, sphere is the Hyosung GT 650R. The Kawasaki is a practical motorcycle yet with enough enthusiasm and agility to keep things from getting boring. Also, it’s a good investment to help hone your motorcycling skills before stepping up to a fully blown superbike.