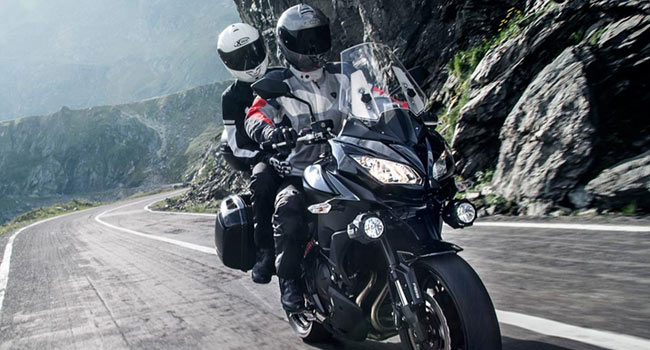 India Kawasaki Motors had launched the Versys 1000 in the country in January 2015. The Versys 650 features a compact, parallel-twin engine tuned for low-mid range torque. The 649 cm3 parallel-twin engine’s tuning is focused on achieving a throttle response that balances a powerful feeling and a quick-revving character.

Engine updates have resulted in an increased high-rpm performance and improved fuel economy. Completely knocked down (CKD) units of the mid-weight touring bike are brought to India and sold here. 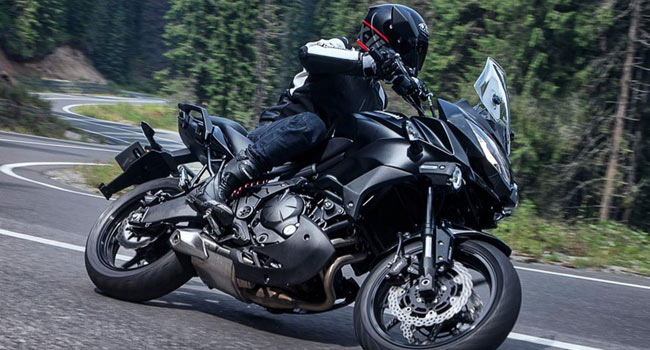 Its sharp new looks give the Versys 650 a stronger Kawasaki identity, while reflecting the sporty nature of its fun, versatile package. The new upper cowl features a horizontally split design that reinforces the compact and sporty image of the model.

The compact engine and slim frame result in a design that is narrow at the knees and feet. Re-positioned foot-pegs offer a more relaxed position, making it easier for riders to spend more time in the saddle. The combination of a compact parallel-twin engine and a narrow, lightweight trellis frame enabled by the offset lay-down rear suspension contributes to the slim design and makes it easier for riders to reach the ground with their feet.