The upcoming Motor Show in Delhi is now less than two months away and this is the first time it is being held in Greater Noida than New Delhi. The auto accessories have been separated and it will be conducted at Pragati Maidan itself. In 2014, the automotive brands will exhibit their products, concepts, seminars and conferences at the India Expo Mart in Greater Noida.  Ever since the first launch in 1986, Auto Expo has evolved into a focused and modern auto show. It is one of the largest exhibition of India in terms of space, attracting presence of automobile manufacturers and service providers. 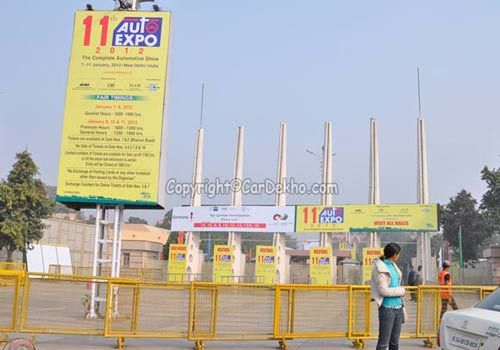 This new location has 30% more display space as it has 48,000 sq. metres of display space with 14 halls. Cars, SUVs, MUVs, two-wheelers, three-wheelers, commercial vehicles will be on display. The defence vehicles will be showcased at Pragati Maidan itself. About 75,000 footfalls are expected on a daily basis, on a non-media day and there are free shuttles from several metro stations in Noida and strategic locations in Delhi.

This year at the Expo, several new cars will be showcased. This includes the Datsun Go, Honda Jazz and Mobilio, Maruti Suzuki Swift facelift, new Maruti Suzuki hatch with petrol and diesel options, Mercedes-Benz S-Class, Abarth Punto, Jeep Wrangler, Jeep Cherokee, Jaguar C-X17, Audi A3, Mercedes-Benz CLA, BMW X5, Volkswagen Tiguan, Hyundai Santa Fe and a lot more. The Delhi Motor Show commences in the first week of February 2014 and the sale of entry tickets will commence in the last week of December or sometime early in January. If you drop in, do come in and say hello to CarDekho as well.