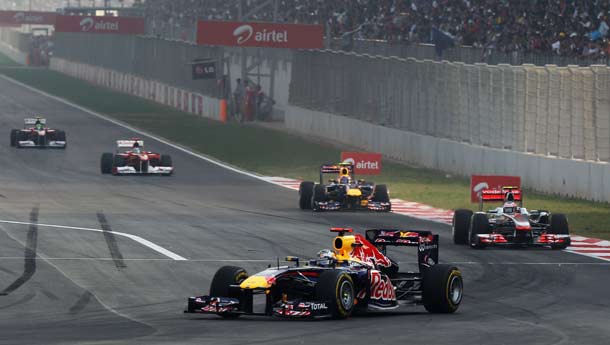 A Business Standard colleague once anxiously asked me what the score was. I just shrugged my shoulders and told him I had no clue – “No man, I don't follow cricket.” He jumped several feet away from me as if I had administered him an electric shock: “What?!!!” He recovered quickly and pronounced, “Then you are not an Indian!”

It may be considered elitist, it may be an annual event, it may be too arcane and complicated, it may be too marketing-oriented, it may be nothing more than a circus that operates with clockwork precision... Whatever it may be, one thing is for sure: India has welcomed the sport called Formula One with open arms.

This kind of rapturous welcome for a sport where one single race car driver is bigger than the sport itself would have come as a huge surprise for critics. In India, Michael Schumacher is more famous than F1 – but after the first Indian Grand Prix, it will not be the case anymore. Formula One is here to stay, and if the welcome we have given it is anything to go by, it can only become more popular than what we have seen today. And that can only be a good thing. Because the biggest contribution of F1 to India is not that we have now “arrived” as a country, but that motorsport will finally become less clubby and more well-spread. We are finally looking at the democratisation of motorsport in India.

When the chairman of the Jaypee Group said about ten days back that “We will make up for the shameful memories of the Commonwealth Games,” it was a nice enough quote, but few took the old man seriously. Well, he and his firm lived up to the promise and how! Not only was the first Indian GP a sell-out and went off without a glitch, it is already being termed one of the best ever by the very drivers who competed in it. If that isn't a terrific compliment, I don't know what is. Also, the first Indian GP is a lovely birthday present for Bernie – it may have been two days late, but it's a fantastic gift nevertheless.

A few months back, the organisers had been dissed by many people I know. These avid followers of the sport, these people in the know, had already given it a thumbs-down. It will be a national shame, the organisers are clueless, they don't know what they are getting into, nothing is happening, no one knows anything, there will be stray dogs on the track, it will be a mess... These were the sentiments I heard a month or two before the GP. Except for the stray dog bit, none of these doomsayers' predictions were proved right.

Thank God for it. But hell, a huge thank you to all the people who worked hard to make October 30, 2011 a day to remember. Really, you guys proved that there's more to being an Indian than watching men play with a bat and a ball.

PS: My biggest thank you however goes to our politicians who left the Indian GP alone!