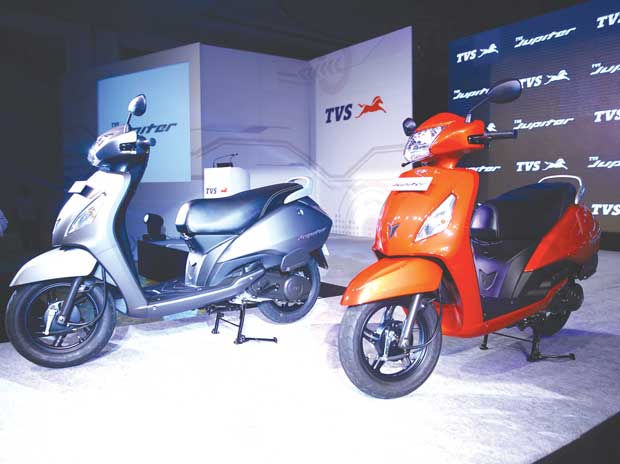 In September, 2013, when TVS Motor Chairman and Managing Director Venu Srinivasan launched the company's new scooter, Jupiter, he had said that just as the name suggests, it would be the biggest scooter in terms of performance. The company, atleast, has had a smooth ride on the Jupiter.

Yaresh Kothari, automobile analyst at Angel Broking, says scooter sales reported a growth of around 20 per cent. The segment contributes around 24 per cent to the overall two-wheeler sales.

K N Radhakrishnan, president and CEO,TVS Motor, says, "Jupiter is doing well and the company had sold around 100,000 scooters since its launch in September." 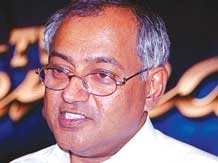 The company would also be increasing its manufacturing of scooters to 75,000 units a month, with the launch of the new Scooty Zest, says Srinivasan. The Scooty Zest is expected to be launched in the first quarter of 2015 and a refreshed version of the Wego in the second half of 2015.

Kothari says Jupiter's launch was important for TVS, considering it was losing out to Hero and Honda, and especially Hero, which has the Maestro and Pleasure that have done well.

TVS' scooter volumes recorded a growth of around 60 per cent in May, 2014, according to the Society of Indian Automobile Manufacturers.

"We expect the company to continue reporting improvement in its performance going ahead, given that its new scooter launch, Jupiter, has been accepted well by the markets.  The new Scooty will help it to continue the growth momentum, though it may not increase the market share substantially," says Kothari.

"The key aspects are building the brand and positioning the product," says Kothari, noting that while Jupiter and Maestro have been positioned as rides for men, Honda's Activa is yet to be differentiated on such lines. But that has not dented Activa's appeal, and it recently pipped Hero's Splendor motorcycle as the highest-selling two-wheeler.

Apart from Hero and Honda, Suzuki and Yamaha too are expected to step up the pressure on TVS.

Recently, Suzuki strengthened its scooter portfolio by launching the 110-cc Lets. Ichiro Kondo, president, sales and marketing operation, Suzuki Motorcycle India, has set a target to capture 10 per cent market share in scooters. He says that while TVS is an established player with the edge of a local brand, Suzuki's USPs are technology and comfort. Kondo has also indicated that it would step up brand-building.

TVS, then, is gearing up to spend more on advertising. Today, TVS spends around 5 per cent of its turnover on advertising, as compared to Hero's 2.2 per cent and 1.4 per cent of Bajaj (albeit on much larger revenues), say analysts. They say that quantum-wise, TVS' spends would either be at par or slightly lower. For instance, while TVS had spent around Rs 460 crore on brand building, Hero spent around Rs 470 crore.

TVS has incurred a standalone capital expenditure of Rs 250 crore in 2013-2014 towards capacity expansion, new product launches and R&D spends and plans to invest a similar sum in the current fiscal.

Analysts expect the new launches, coupled with the success of the Jupiter, will enable TVS to register a volume growth of 8 per cent over 2014-2016.