JLR's performance to blame? Why Tata Motors is off the radar for most FIIs 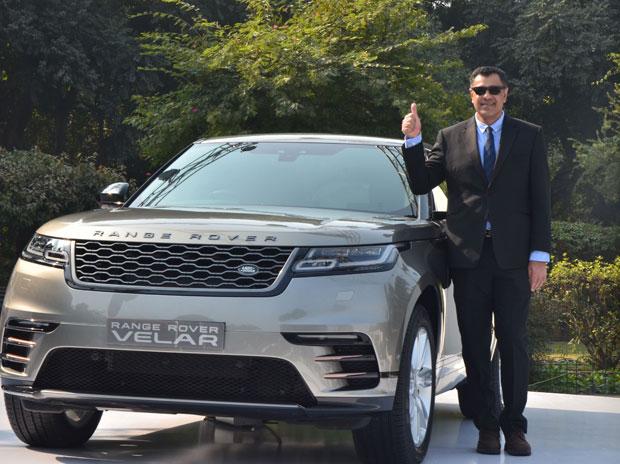 The shareholding of foreign institutions in Tata Motors — including foreign institutional investors and American Depository Receipt (ADR) holders — dropped to the lowest in eight quarters at 37.7 per cent in the December quarter, from 39.9 per cent in 2015-16. FII holding was at a 10-quarter low of 21.9 per cent, shows an analysis of the past 26 quarters.

Despite a line of new models that is expected to boost volumes, analysts do not see the company returning to the days of high margins and robust volumes. They and expect the stock to underperform in both the short and long term. “Tata Motors has gone off the radar of most FIIs,” said Mahantesh Sabarad, head of retail research at SBICAP Securities.

“We have a neutral rating on the stock. It might be competitive on valuation but the prospects are dim,” said Nitesh Sharma, analyst at PhillipCapital India.

Apart from moderating sales growth and a challenge in the form of electric vehicles, FIIs have also been exiting due to currency fluctuations, added Sharma -- the dollar has been depreciating sharply against the pound. “These are structural negatives for Tata Motors, as they are net exporters in dollars.”

Sharma also considers disruptions like electric vehicles will weigh against JLR. “They don’t have as strong a balance sheet as the other three German luxury car makers,” he said, noting that the others can continue to fund losses in the EV business but this would stretch JLR.

A consistent pace of investment in new models and increased geographical presence, particularly in emerging markets like China, have kept up sales momentum at the British vehicle maker since it was acquired by Tata Motors. Volumes rose almost six-fold to 600,806 units in 2016-17 from 167,348 in 2008-09 (it was acquired in June 2008). 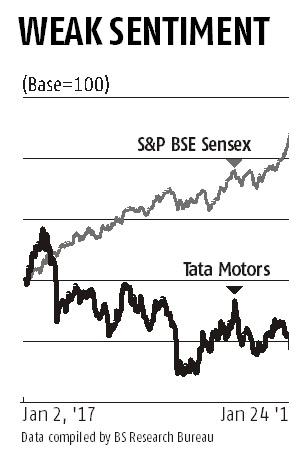 However, lately, it hasn’t been smooth for the entity. Several of its key markets, including in Europe and America, face macro economic uncertainties. Even as sales expand in absolute terms, the pace of rise has been slowing.

One example is the December quarter sales volume, showing a muted trend for the first time in three years. The UK subsidiary delivered a total of 154,447 units to customers worldwide, against 154,450 in the same period a year before. Also the first time in its nine-year history under Tata that the maker of the Jaguar XE sedan and Range Rover Evoque has seen sales drop, though marginally. The earlier occasion the marquee brands saw sales skid marginally was in the December quarter of 2013-14.

“It’s fair to say that, like everyone else, we are being impacted by volatility in some key markets,” said a JLR spokesperson. “Diesel is under a lot of pressure in the UK and sales of diesel vehicles in the region are down 30 per cent year-on-year for the industry.” For the financial year till date, JLR in most of the markets remained under pressure, with the exception of China which grew 23 per cent. While deliveries in the US increased five per cent, those in continental Europe and the UK declined two per cent and nine per cent, respectively.

By far, China, where it sells eight of 10 models under its joint venture with Chery Automobile, has been a key growth engine for the company in both profitability and volumes. Analysts worry that increasing competition, higher discounting and over-dependence on Land Rover models could now take the sheen off China sales. “Discounting in China has been going up. Also, they have been very selective -- the Jaguar is not doing well there,” said SBICAP’s Sabarad. He added that US sales, which once grew at a healthy clip, have dwindled in growth rate.

JLR’s spokesperson denied the fears. “We expect the growth momentum to continue in China,” he said, adding model launches such as the Jaguar E-Pace (a compact SUV) which will be locally made, would help. In America, JLR remains the fastest growing luxury car brand.