JLR sells one model a day since India launch 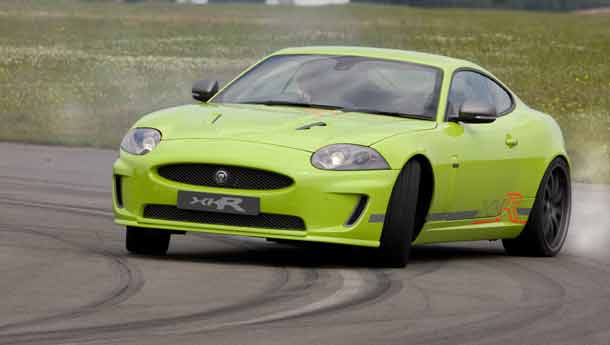 Tata Motors has sold one Jaguar and Land Rover model a day since it launched the marque brands in India just under a month ago — on June 28. But that’s enough to satisfy the company and has, in fact, come as a surprise to many market experts.

Tata Motors has so far sold 15 units of both the brands at its showroom in Worli in south Mumbai and another 12 units at Navnit Motors, an authorised outlet located in suburban Thane.

Of the 27 units sold so far, the share of Land Rover sports utility vehicle (SUVs) is around 15. This means Land Rover SUVs have sold more than some of its competitors’ models in the same price range.

For example, Porsche’s Cayenne range of SUVs, which are priced upwards of Rs 65 lakh, sell 10 to 13 units every month.

Also, the M-Class SUV from Mercedes-Benz (priced at about Rs 80 lakh) sells less than 10 units a month. The only SUVs that have sold more are those produced by Audi and BMW.

Jaguar sales, however, have been lower than some of its competitors. For example, the BMW 7 Series and Mercedes-Benz S Class sell 35 to 40 units every month.

But market analysts said these are early days for the JLR models in India and both the brands would record much better performance in the coming months, when parent company Tata Motors expands the dealer base to cover more cities.

Tata Motors had launched six models of the two brands in India on June 28, more than a year after it acquired these from US’ third largest car maker, Ford Motor Company, for $2.3 billion.

Rohit Suri, head — premier car division (Jaguar and Land Rover), Tata Motors, said, “It will be difficult to reveal exact sales details at this stage, but it has certainly exceeded our expectations. The response has been very encouraging.”

Navnit Motors, which only sells Land Rover models, has seen sales go up to 12 units this month, up from average sales of eight units a month since January. The dealer used to directly import the cars earlier; now the company does it for them.

Sharad Kachalia, director-marketing, Navnit Motors, said, “Sales have seen a spurt, which is a good sign for the brand. Our new showroom due to come up in Bandra in two or three months, subject to approvals, will only help us achieve more sales.”

Much to the surprise of company officials, high-end versions of Jaguar sedans such as XFR and XKR have sold more than the basic version, XF. The XFR and XKR models have more powerful engines and are priced at a 40 to 45 per cent premium to the standard model.

Audi sells the Q7, while BMW sells the X5 and X6 models in the same price range.

Analysts, however, said the competition for Jaguar will be much more intense in India, with established models like the BMW 7 Series, Mercedes-Benz S Class and Audi A8 already making their mark.