JLR plans to set up engine manufacturing unit in India 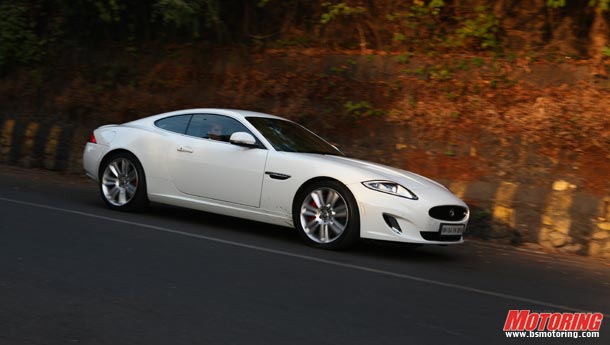 Tata Motors-owned Jaguar Land Rover plans to set up an engine manufacturing facility in India to meet the demand in the country.

The company, that is investing £355 million in an engine plant in the UK said the investments on the planned Indian facility could be lesser. Speaking to a group of visiting Indian journalists at the Geneva Motor Show, Jaguar Land Rover Chief Executive Officer Ralf Speth said the company has already started a hi-tech engine programme for Europe with the UK plant.

"The step two would be to go to India and then in India set up another facility with similar advanced technology in terms of inner equipment at the plant, and then deliver lower specification engines for the Indian market," he said. He, however, declined to give any time frame and on the size of investments.

Asked if the investment will be similar to the UK, Speth said, "I think it will be cheaper." At present JLR assembles sports utility vehicle Freelander at Tata Motors' Pune plant.

Elaborating the firm's strategy on engine development, he said the idea is to have a premium range and a lower range. While the premium range would be produced in the UK plant, the company is looking to manufacture the lower range in India.

When asked if JLR will supply the engines to other companies, he said, "No, we will not supply to other manufacturers. It can be for both Tata and JLR. There we are open. At the moment, there is no plan and Tata has to make sure that our engines fit in their products."

He, however, said for some very specific engines, the requirement from Ford may decrease, but even if the percentage comes down, it would not mean that the absolute number will come down.

Commenting on JLR's prospects in India, he said, "We grow the fastest in India. Proportionately we are fastest. Unfortunately, in absolute terms we started late with a very very low base and it will take time to catch up. We can't overtake BMW, Mercedes or Audi in India because they are offering smaller vehicles there."

Asked about reports of JLR finalising Chery Automobile as joint venture partner in China, Speth said, "I don't want to answer about this kind of joint venture today. We are on track. We have to announce it and if we have a fair partnership, then all partners should sit around the table."

He said JLR is currently in the stages of fulfilling Chinese government requirements for setting up the JV there.

"We have to follow a very special process so that we fulfil each and every requirement from the government. We are very very late starter and we have to apply and submit application what we are doing right now with civil servants or the government bodies," he said.

JLR is planning to set up a plant in China which could have an annual capacity of producing 50,000 units.