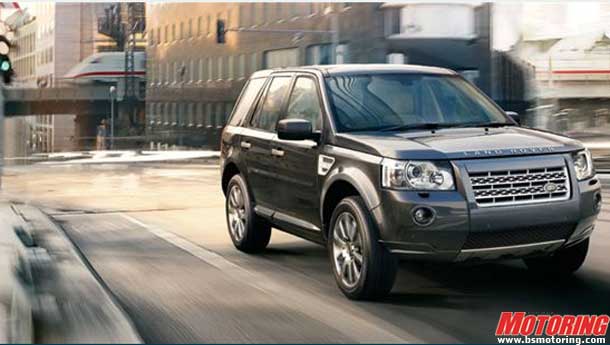 Tata group firm Jaguar Land Rover (JLR) is understood to have geared up to start assembly of sports utility vehicle Freelander2 from November this year at Chikhli facility in Maharashtra, used earlier by Mercedes Benz.

According to sources close to the development, Tata Motors is currently conducting maintenance work and installing machineries on behalf of JLR at Chikhli to start the assembly around November.

"JLR has decided to start assembling vehicles with their cheapest offering in India, which is Freelander2. It wants to start production soon. So it has decided to utilise Tata Motors' almost ready facility at Chikhli," a source said.

Tata Motors had earlier given the Chikhli facility to Mercedes Benz on lease. The German luxury carmaker handed over the facility again in December 2009. The plant had a capacity to produce 3,500 units in single shift.

When contacted, a JLR spokesperson told PTI from Gaydon: "It has been confirmed that JLR plans to assemble Land Rover vehicles in India, for the Indian market, from next year... We have no further information to share at this time."

In June, JLR had announced plans to assemble Land Rover SUV in India from next year. Currently all vehicles of the two British brands are imported from their facilities in the UK.

Local assembly of the SUV will result in considerable reduction in prices as currently very high import duty is tagged alongwith the vehicle. Freelander2 is available for a starting price of Rs 33.55 lakh (ex-showroom, Delhi).

Sources said the company will carry out extensive quality checks with the locally produced Freelander2 and this is one of the main reasons for advancing the assembly of the SUV.

"Besides, the company is expecting spurt in demand after the price will be lowered. So not to have long order backlogs, JLR wants to have sufficient buffer," a source said.

Earlier, JLR had said that it would more than double its dealerships in India within this fiscal to increase sales as part of the British marque's plan to focus more on emerging markets. The company, which currently has three dealerships at two cities in India, will add four more outlets in 2010-11.

The company currently sells the entire range of JLR products in India, including XF, XKR and XJ from Jaguar, and Range Rover and Discover from Land Rover's portfolio.