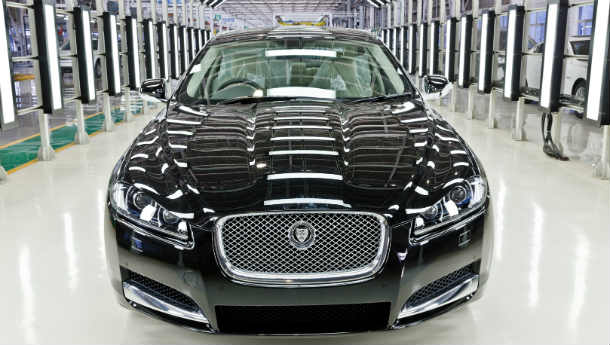 Jaguar Land Rover (JLR) is likely to report a lower earnings before interest, taxation, depreciation and amortisation (Ebitda) margin in the October-December quarter compared with the previous two quarters due to exchange rate fluctuations and a higher mix of Evoque sales, the company said on Wednesday.

JLR, owned by Tata Motors, also said free cash flow for 2013-14 could be negative as capital expenditure will rise to £2.75 billion in the next year, up from £2 billion in the current year.

The company added it would report a higher revenue in the quarter that ended in December than in the previous two quarters, but a similar Ebitda. JLR reported an Ebitda of £486 million in the quarter to September-end, with an Ebitda margin of 14.8 per cent.

Total sales for the quarter ended December were 88,658 units, and total wholesale sales were 94,828 units, both up from the previous two quarters.

JLR said its strategy continued to be to profitably grow its brands and invest substantially to develop new products in new and existing segments with new powertrains and technologies to meet customer aspirations and regulatory requirements, as well as invest in manufacturing capacity to meet customer demand. It would continue to have a longer term capital spending target of 10-12 per cent of revenue, which it believes, is in line with other premium competitors.

In Fiscal 2013, JLR’s total capital spending is estimated to be in the region of £2 billion (half of it for R&D and the other half on tangible fixed assets).

Prospects of weak margins for JLR pushed stock down. American Depository of Receipts (ADRs) of Tata Motors were trading down 9.7 per cent. ADR was trading on NYSE at $ 27.05, down $ 2.90.

The margins are likely to be compared with the previous two quarters due to exchange rate fluctuations and a higher mix of Evoque sales, the company said on Wednesday.

JLR also said it will raise USD 400 million (over Rs 2,100 crore) through issue of bonds to support its operational costs and future growth plans.