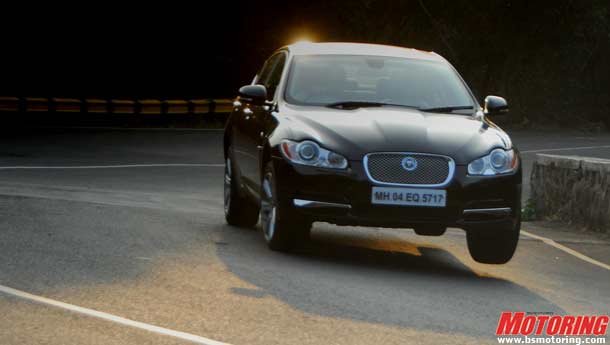 Demand for JLR's sleek saloons and powerful SUVs in China has boomed in recent years, with revenue from the country growing faster than in any other major market as luxury cars remain in hot demand even as the overall car market cools.

But while the agreement is a boost for JLR, owned by Tata Motors, it is just one step in a long and complex process that, analysts say, has no certainty of coming to fruition.

"It's just an agreement between two companies, still far away from a joint venture," said John Zeng, Asia Pacific chief at industry consultancy LMC Automotive. "Even though they meet all the requirements for a JV, approval is never guaranteed as new auto projects are not encouraged any more."

The two companies are seeking regulatory approval for the 17.5 billion yuan venture in eastern China, two people with direct knowledge of the deal told Reuters this month.

The financial details of the JV, which will manufacture and sell both JLR and JV-branded vehicles, were not disclosed in the joint statement released on Wednesday.

China opened its doors to foreign automakers 30 years ago, but now that General Motors Co, Volkswagen AG and other foreign producers dominate the market and China's native auto industry remains uncompetitive, Beijing has raised the bar for new entrants.

The government recently removed the auto industry from a list of encouraged industries, making it tougher for foreigners to win new auto projects.

Sales in China contributed 17.2% of JLR's revenue in the quarter to end-December, more than the United Kingdom, the birthplace of the two brands.

A push into emerging markets such as China and Russia has been one of the key factors in the turnaround in JLR's fortunes since Tata bought the brands in 2008.

The tie-up, if approved, will give JLR a much-desired production base in a market where global luxury car makers including BMW and Daimler AG's Mercedes-Benz are reaping benefits from the growing ranks of wealthy Chinese.

JLR and Chery will look to leverage research and development, technology and manufacturing knowledge across the JV, the companies said.

"Demand for Jaguar and Land Rover vehicles continues to increase significantly in China and we believe that JLR and Chery can jointly realise the potential of these iconic brands," JLR Chief Executive Officer Ralf Speth and Yin Tongyao, chairman of Chery, were quoted as saying in the statement.

The venture, to be located close to Shanghai in Changshu city, will initially make Land Rover SUVs, followed by Jaguars in the second phase, a source told Reuters this month.

"This is an important step for JLR and Tata Motors," said Vineet Hetamasaria, auto analyst at PINC Research in Mumbai. "Though this is only an agreement, and it will be some time before we see the results."

Many foreign carmakers have struggled to pass muster with Chinese authorities keen to support domestic companies.

Even Volvo, owned by Chinese carmaker Geely, is branded as foreign by the government, which says the carmaker's Swedish incorporation means it should be afforded the same treatment as Ford Motor Co or Germany's Audi.

In a bid to shore up domestic automakers, Beijing recently said it would implement new rules requiring government departments to buy only local car brands.

Fuji Heavy Industries Ltd, which wants to make its Subaru cars with Chery in China, submitted its deal for approval last year, but regulators have yet to announce a decision and it is unclear when, or whether, they will approve it.