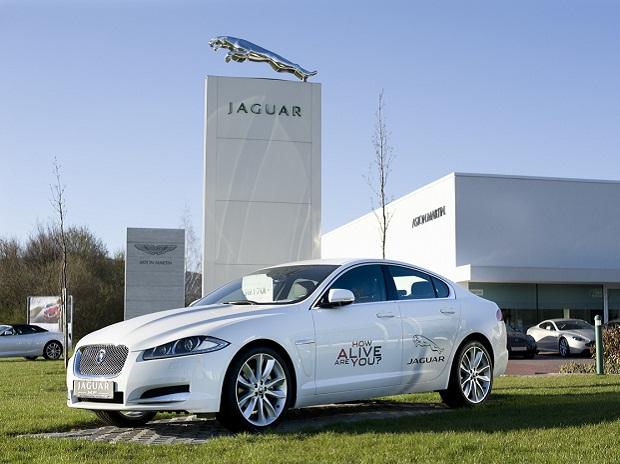 One of the key negatives for JLR in the quarter was poor volumes. Wholesale volumes (to distributors) were down 5% y-o-y, led by destocking and testing related issues

Tata Motors posted the worst bottom line performance in a decade during the April-June quarter. The company posted a loss of Rs 18.63 billion as sales at Jaguar Land Rover, its UK-based subsidiary sputtered, following a one-time regulatory issue in China, uncertainty around Brexit and poor demand for diesel vehicles in the UK and Europe.

The poor JLR show offsets the strong performance at the automaker’s India unit, which posted a net profit of Rs 11.88 billion. Weak JLR show meant results, including consolidated revenues, which came in at Rs 670 billion, were way below consensus estimates, which had pegged net profit at Rs 9.19 billion on revenues of Rs 709 billion. Against the multi-year low loss, Tata Motors had posted a profit of Rs 32 billion in the corresponding quarter last year. JLR posted a loss of 210 million pounds and lower revenue of 5.2 billion pounds, down 6.7 per cent year on year, which singed earnings at the consolidated level. Top line growth of 14 per cent to Rs 670 billion was led by strong sales volumes in India, both for the commercial and passenger vehicle segments, albeit on a lower base.


One of the key negatives for JLR in the quarter was poor volumes. Wholesale volumes (to distributors) were down 5 per cent year on year, led by destocking and testing related issues. Volumes in China were affected due to a reduction in import duty from 25 per cent to 10 per cent on July 1 and planned dealer stock reduction in other markets.  A combination of lower operating leverage, foreign exchange fluctuation and a higher contribution of cheaper models in the overall sales mix pulled down consolidated margins to 7.5 per cent, the lowest since September quarter of 2008-09. Given the duty cut, the company was forced to introduce attractive pricing which impacted realisation and margins. As a result, earnings before interest and taxes (Ebit) margins at the China JV came down by 2,200 basis points year on year to 13 per cent.  This dragged overall JLR margins (Ebit) into the negative territory (-3.7 per cent) as against a margin of 1.2 per cent in the year-ago period.

Notwithstanding headwinds facing the UK unit, P B Balaji, chief financial officer at Tata Motors, said the company was confident of retaining the margin guidance of 4-7 per cent for the near-to-medium term. “The first quarter has traditionally been a weak one for JLR and fourth quarter, the strongest,” he added. Balaji said his optimism stemmed from a strong order book of three to five months for upcoming models, including Range Rover Sport and I-PACE, continuing strong retail sales and regulatory issues in China. Also, with the pound strengthening against the dollar, forex-related impact may not be as stark as it was in the June quarter, according to the management.

But given the newer realities, “JLR is preparing for the worst-case scenario,” said Balaji, adding, JLR will do whatever it takes to get the operating leverage back. The Birmingham-based firm has also embarked on a major cost optimisation drive. It is also looking to re-align production according to demand. Given the performance in the quarter and headwinds ahead, analysts believe it will be an uphill task for the company to meet its near-term margin guidance for JLR. Bharat Gianani of Sharekhan said macro headwinds in key markets, coupled with a gradually increasing share of electric vehicles, will make it difficult for the company to meet its profitability guidance. The company expects electric vehicles to constitute 20 per cent of its overall volumes over the medium term. Given the new technology and lack of volumes, profitability for the portfolio will be lower than the existing internal combustion engine-based portfolio.

With demand weak in the US, diesel-related issues in the UK and the European Union, uncertainty related to Brexit and rising trade wars, it will become difficult for the company to achieve strong volume growth. China is the only growth engine for the company as volumes in the market are expected to bounce back after an unexpected duty cut from July 1. However, analysts do not expect China growth to offset the volume pressures in key markets of the US, the UK and the EU, which accounts for 55-60 per cent of total sales.


On the India business, while the performance in the quarter was good, the new axle norms would hit industry volumes and put downward pressure on margins, analysts said. Segment performance for the commercial and passenger vehicle (CV&PV) businesses was declared for the first time in the June quarter. While the CV business recorded a strong 11.5 per cent Ebit margins (as compared to 5.5 per cent year ago), PV segment margins is inching closer to breaking even (at -0.7 per cent). Given the poor Q1 show and uncertain outlook, there could be downward pressure on the stock which closed just over a per cent in trade on Tuesday.