We drove the JK Tyres brand new Ranger Series of SUV tyres both off-road and on the tarmac near Panaji Goa!

JK Tyres has launched brand new Ranger series of SUV tyres in an off-road event held in Panaji, Goa couple of days ago. The new Ranger series is available in two types - A/T All-Terrain and H/T Highway Terrain. And it comes in ten sizes for luxury SUVs like Audi Q3/Q5, Land Rover Freelander along with premium and compact SUVs like Fortuner, X-trail, Terrano, Duster Pajero, EcoSport, etc. We got our hands on both Ranger A/T and H/T in the JK Tyres Off-Road drive. And Mr Hari Singh, the rally champion, was also present to guide us. Let us roll!

The off-road experience was setup in the rain soaked Goa around Dona Paula near Panaji. JK tyres have setup couple of slalom tracks for testing the Ranger A/T while for the tarmac testing, they had a zig-zag track in Verna, Goa. 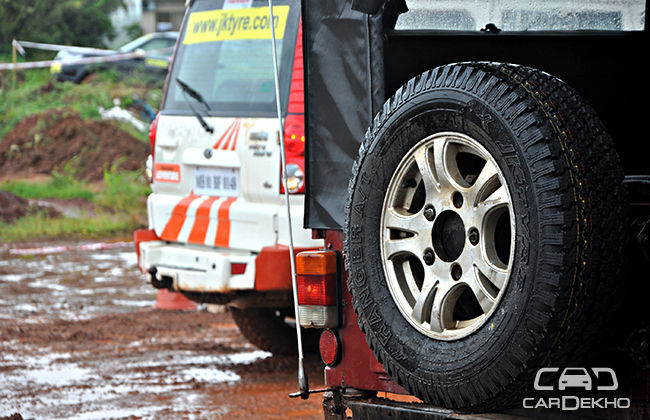 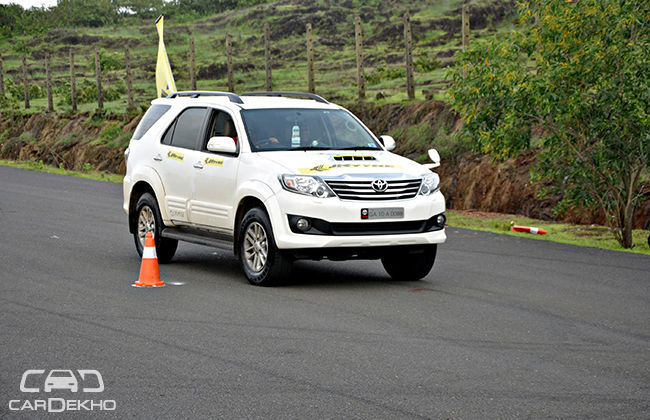 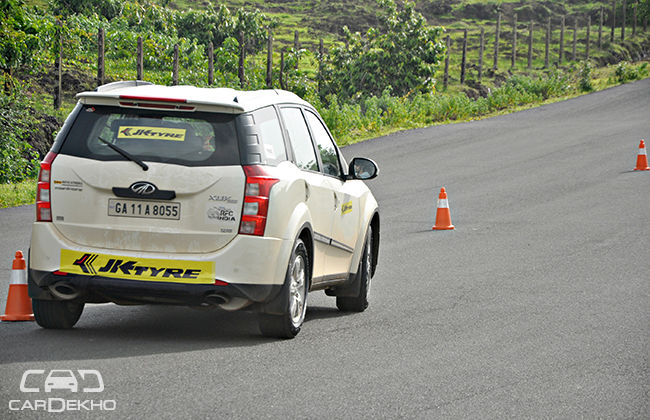 Starting with the off-road one, the Mahindra Thar was shod with Ranger - 235/70 R16 A/T All-Terrain radials. And it was the Thar which was taking the most rigorous and extreme track compared to slushy slalom route for the Safari and the Scorpio (also riding on the same 235/70 cross-section R16 Rangers). 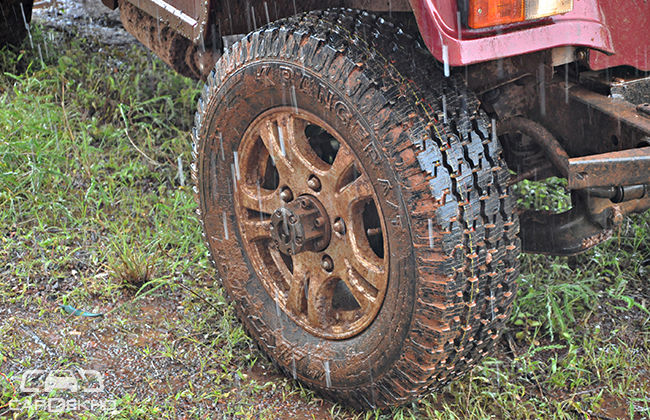 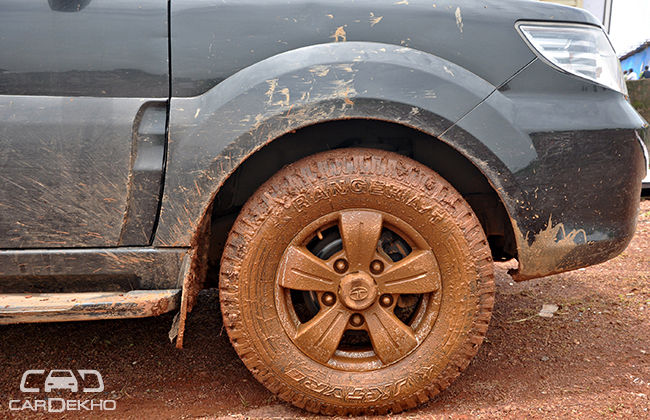 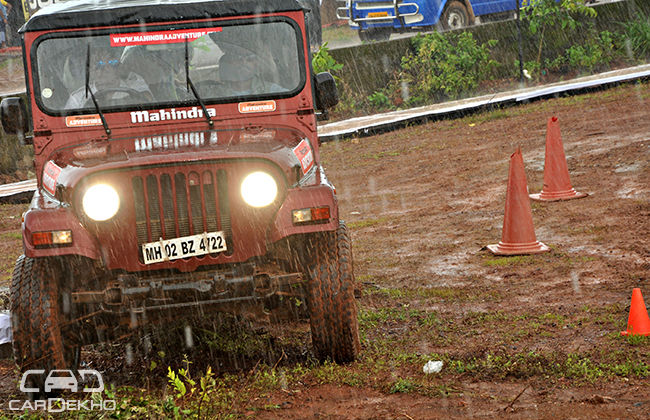 The small off-road track created for the Thar boasts of stone and gravel based sections, ascend and descend slopes along with few extreme articulations ditches. 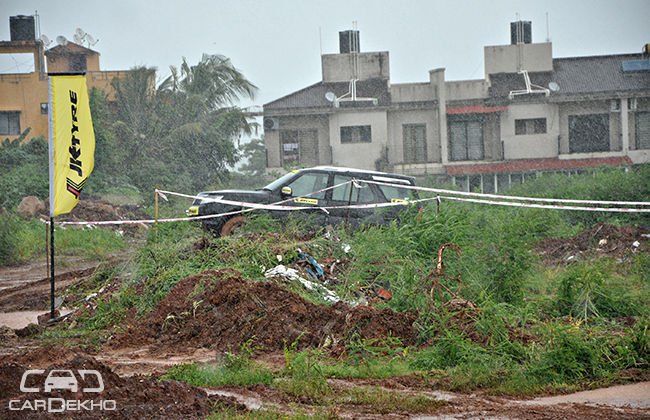 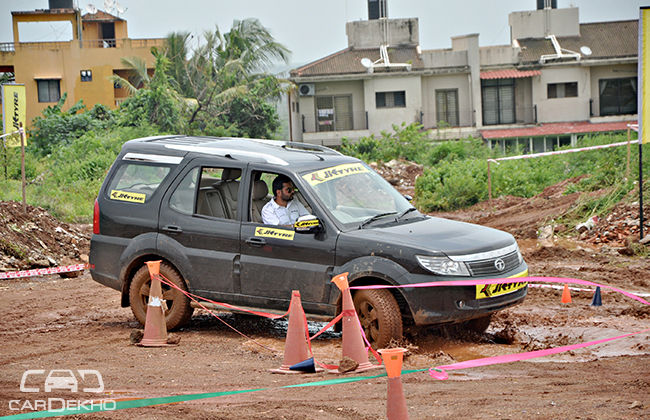 Furthermore, for the Safari and Scorpio, the track that JK Tyres created was extremely slushy and muddy, courtesy to the Goa rains, it also featured moderately sized ascends and descends. And with these we also had to do all sort of stuff like reverse slalom on the track too. 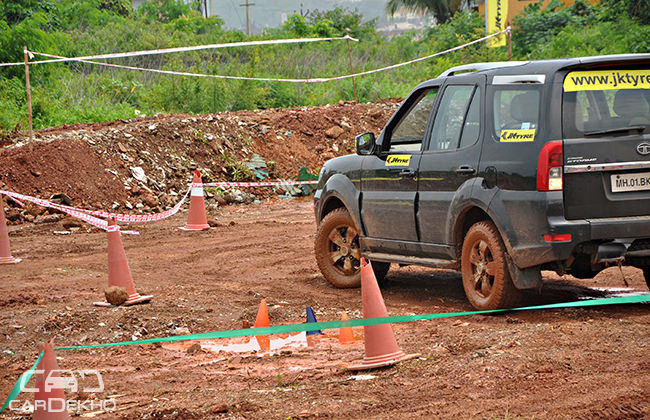 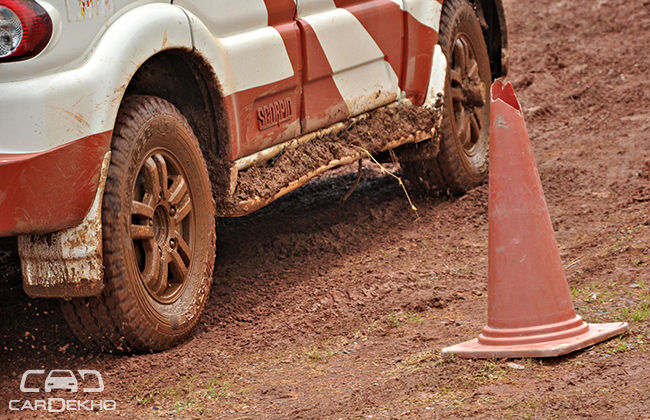 The company is focusing mainly on the grip and control with a better Dual Tread Compound (DTC - with this tech tyres feature different rubber compound over the tread pattern to increase straight line stability, wear resistance, traction and cornering grip). 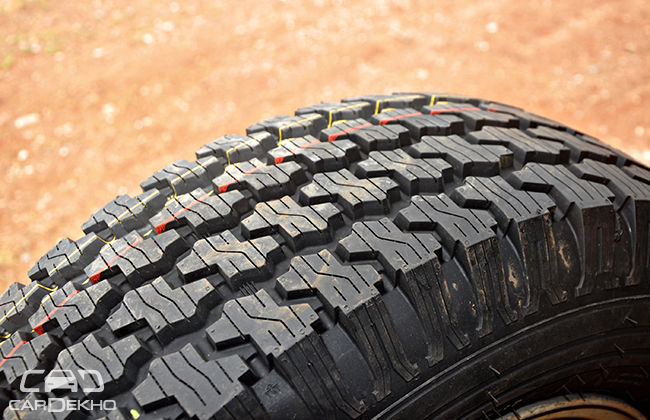 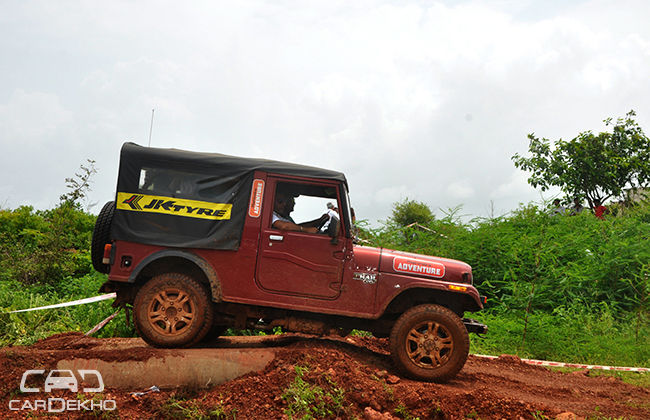 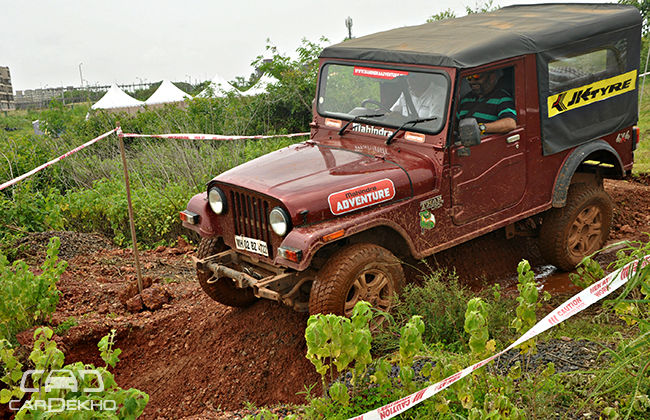 And a brief stint with the Ranger A/T, we found the tyres were providing decent levels of grip over the entire track, these off-roaders evaded. 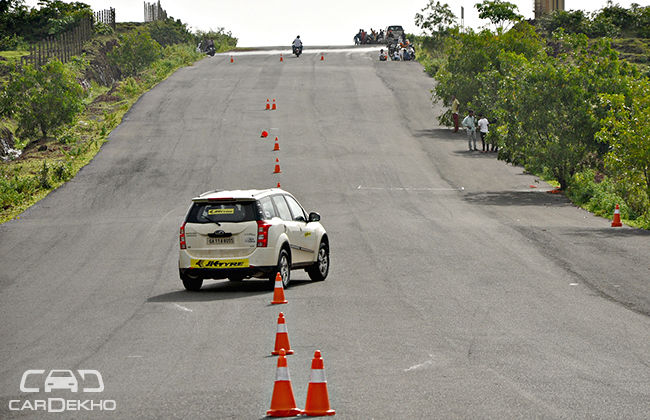 Speaking of the tarmac experience, we drove the XUV5OO riding on 235/65 cross-section R17 Ranger H/T rubber. As mentioned above, JK tyres are highlighting the ‘maximum grip & control’ for these SUVs, they had a zig-zag track for the asphalt experience of the Ranger H/T - Highway Terrain. This monocoque platform based XUV5OO managed really brilliantly and with the Ranger H/T rubber, the tyres in XUV5OO provided enough grip and control over the zig-zag track you’re seeing in the images.

Even the road noise levels were in control and are certainly among the best in the segment. Moreover, apart from the grip and stuff that the company is highlighting, they are also flaunting the braking distance of the Ranger series of tyres. We did a braking test in the XUV5OO and while doing so, the tyres provided a good amount of traction with a shorter braking distance. For the Ranger AT, the company is promising, dry road 100 to 0 kmph in less than 4 seconds and for wet roads, 80 to 0 kmph in less than 4 seconds. 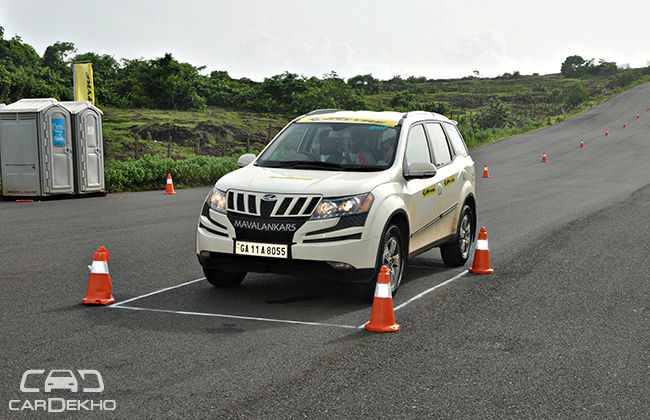 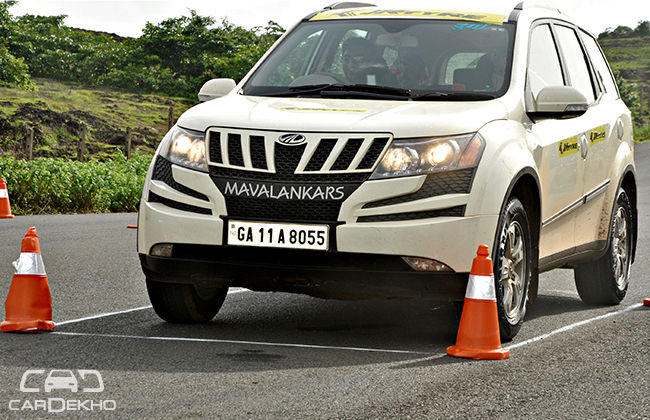