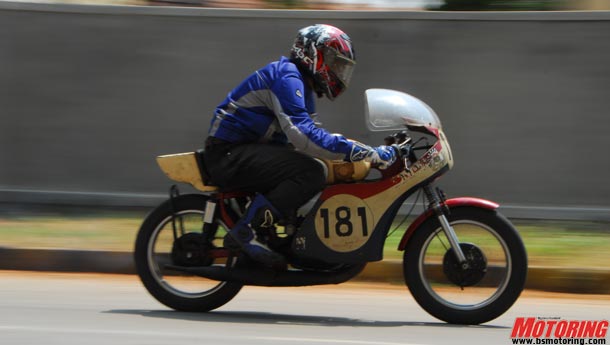 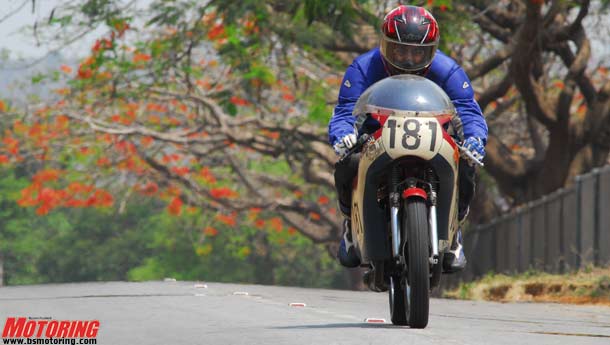 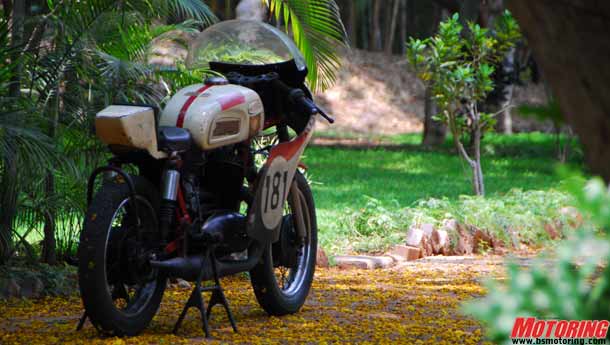 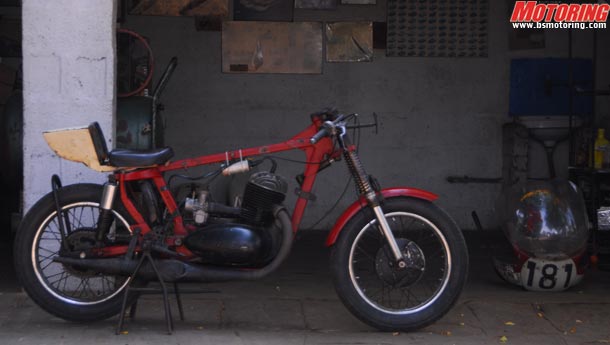 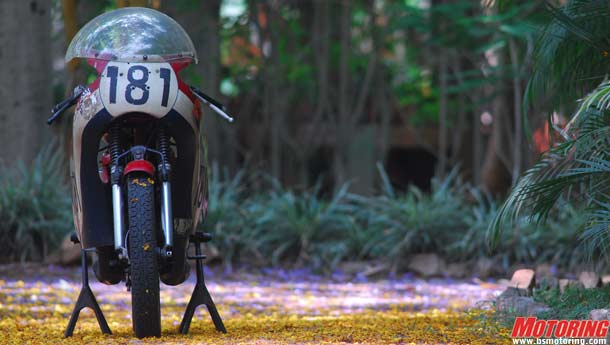 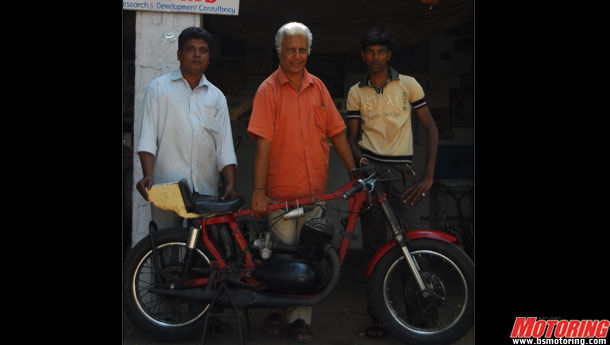 History, they say, repeats itself. Motorcycling history, everyone knows, doesn’t. Two-strokes are a blatant example of that. Fortunately, great two-stroke motorcycles are not dinosaurs and their extinction is by no means absolute. They’re more like white tigers, rare and impossibly beautiful. And I’ve got a date with one surviving specimen in the historic city of Mysore. A Jawa 250 racer.


‘A Jawa? A Jawa racer? Must be slow...’ Not when your name happens to be Somender Singh , who built and raced this bike back in the day, from 1972 to 1986, to be precise. On this very machine, in drag races, sprints, hill climbs and circuit races, Singh and his Jawa took top honours in the 250cc class on 26 occasions besides winning three GPs that were held in India. And then there was his TZ350, but that’s a different story altogether.

For this little tale, the Jawa has been taken out from under the covers after 15 years – yes, that’s right, 15 years – for me to ride it. Can you believe it? Fifteen years ago, I couldn’t even start a motorcycle. And here I am today. What’s more, even after a decade and a half, the Jawa starts as if it was only last week that it’d raced for the last time. Two-strokes have this stubborn refusal to let time get the better of them. In 15 years’ time, a four-stroke will turn itself into a paralysed lump of metal.

So, what is so special about this Jawa racer? Well, apart from its rich racing history, it’s a fantastic piece of machinery that showcases home-made ingenuity at its best, from almost 40 years ago. First of all, the bike’s lost everything unnecessary, taking weight down to around 95 kg. Then, the motor’s been worked on – the displacement remains 250cc, but the ports have become doors instead of the windows that they were. Two fully race-prepped expansion chambers handle the noise-making duties. The flywheel has been chopped, losing much metal to help the engine rev faster. Also, that carb you see on the bike is a giant 38 mm Mikuni unit from a Yamaha TZ350. When the bike first hit the tracks, people were convinced that with such a huge carb, the bike won’t even start, let alone go faster than anything in its own class. Unfortunately for its rivals, it did both.

The sheer simplicity of this motorcycle is as jaw-dropping as its turn of speed. I expected a quick enough motorcycle; I mean, how fast could a Jawa from the ’70s possibly be? How about 158 kph? That’s what this bike has clocked at Sholavaram. Now you know this bike means business. For those of you who have, and also those who have not, ridden Jawas, this bike is nothing like the polite stocker.

First of all, there’s the noise. When you’re off the bike, it’s like standing in a torture chamber, waiting for the noise to burst through your eardrums straight into your brain; now I know why they’re called expansion chambers. However, once you’re in the rider’s seat, it sounds Just Right. Then, the bike takes care of you just as much as it tortures those around it. It’s a comfortable fit, though I’m too big to fit behind that bubble fairing. There’s a ‘Scrutiny OK’ sticker on the tank under me from the Air India GP. I had no idea such a thing had ever happened. Incredible.

I let out the clutch, minor amounts of throttle raising hell. There’s gusto in the way she takes off, but nothing compared to when she hits the powerband – Oh My God! I mess up gearshifts the first few times – the auto-clutch keeps tripping me as I let my foot linger on the gear lever a fraction longer than required, as any non-Jawa rider would do. Or perhaps again, it was just me. The far lighter flywheel drops speed as quickly as it gathers it, so you’ve got to keep the throttle twisted into the powerband. Once I sort that out, the Jawa shocks me with its acceleration, screaming bloody murder and pushing me firmly against the bum stop with every gearshift. Not bad for an old girl who’s been sleeping for 15 years.

Between straights, the old Jawa was more sorted than I’d expected. It’s got two braces, one each at the front and rear, to prevent undue twisting of the forks and the swingarm at high speeds. It works. However, I’m not one of those crazy racers who don’t care about stopping and as such, the front drum on the Jawa inspired as much faith as Lucifer preaching the importance of virtues. It’s a bike that needs a special set of skills to ride, skills that will be around until two-strokes are. It’s up to us to ensure that they stick around for longer than regulations intended them to.

As if the Jawa wasn’t overwhelming enough, Singh and his band were trying to get his TZ350 started. I was almost relieved that it didn’t start. It would’ve been a bit too much, I think. Then, there was the man himself – Somender Singh. I’ve met my share of people in this field, but this guy is a genius. The sheer depth of his knowledge, automotive or otherwise, is astounding – he takes to the air in his microlights and has invented a patented system called ‘Grooving’ that makes IC engines more efficient and powerful. So you can see that we’re far from done with him just yet.

Coming back to the motorcycle, right after my last full-throttle wake-up-the-dead run on the Jawa, cops arrived, snarling and snapping at the bike. Someone had complained about the racket I was making. In my eyes, those coppers stood for everything that had gone wrong for two-strokes and I couldn’t help glaring at them. However, my hostility only lasted for a few moments until I realised that I’d succeeded that afternoon in repeating a bit of history on a priceless piece of Indian motorcycle racing. They might be right, after all. Keep that TZ ready for next time, Mr Singh. For those who want their bikes and/or cars taken to the next level, get in touch with Somender Singh on 0821-2449018/2440422 or garudarad1@rediffmail.com