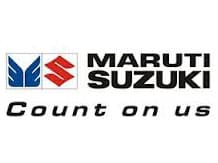 Amidst an atmosphere of protests against the proposed special investment region (SIR) at Mandal-Bachraji region, work on the upcoming Maruti Suzuki India manufacturing plant continues.

Maruti has taken up land at two sites, Hansalpur and Vithlapur, which fall under the government's proposed SIR in the region.

While work on levelling the land at the sites and building boundary wall is on a technical team from Japan is likely to visit the site next week.

A senior company official said, "A team from Japan is expected to visit Ahmedabad for two days next week, and they will also visit the site. Work on the main plant is yet to begin, and a decision on the same is likely to be taken after the visit." Another official close to the development also confirmed the same.

Maruti Suzuki India's chairman R C Bhargava had told Business Standard earlier that while an exact date has not been fixed, work on the plant was likely to begin during the May-July quarter.

A Maruti official informed that almost everyday some technical team or other is visiting the Gujarat site as a part of normal operational work. "Plans are very much on track," he added.

A company spokesperson, however, refused to comment on the development.

The company had also begun work on levelling the land and building a boundary wall at both the Hansalpur and Vithlapur sites.

However, around end-May farmers from across 44 villages in the area took out a protest campaign against the proposed SIR at Mandal-Becharaji. The Maruti project incidentally falls under the SIR plan. While farmers are divided on their stance about the proposed car plant, the agitation against the SIR had slowly gained ground.

Bhargava had quickly responded by saying, "We have fully acquired the land for both our facilities in Mehsana and Vithlapur. Work has started to construct boundary walls around the plots. We have not faced any problems from local people in the areas. Our expansion plans are on track."

The first unit at the Hansalpur site would come up with an investment of around Rs 2,000-2,200 crore. Around three-four key vendors who have joint ventures with Maruti like Jai Bharat Maruti, Caparo Maruti and Futaba are expected to have their facilities at the Hansalpur site. Other vendors are likely to set up shop at separate auto parks coming up in the region.

Osamu Suzuki, chairman of Suzuki Motor Corp, the Japanese parent of MSIL, visited the proposed plant site at Hansalpur in April end, and also met the state chief minister informing him of the company's decision to start work soon.