Jaguar has launched the XE sedan at INR 43.6 lakhs (on-road, Delhi), at the Auto Expo 2016. The XE is the entry level car from Jaguar Land Rover and is also the most affordable Jaguar in the Indian market.


The Jaguar XE first car to feature an aluminium-intensive monocoque in its segment and it comes fitted with a 2.0-litre turbo petrol in two states of tune, that will deliver 198bhp and 238 bhp of power. There will also be a new 2.0-litre Ingenium diesel engine with two states of tune 160bhp and 178 bhp . Both engines will be mated to an eight-speed automatic transmission and will be rear wheel drive.
The XE is based on an all-new aluminium platform that is lighter, enhancing performance and the fuel efficiency. The Ingenium engines are the new generation Jaguar Land Rover engines, which replace the existing 2.2-litre Ford engines. 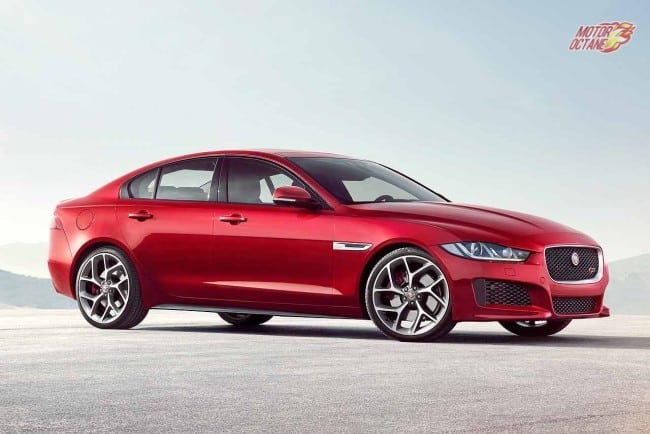 The XE is equipped with torque vectoring by braking and All Surface Progress Control (ASPC). Interiors get soft-grain Windsor leather seats, a panoramic, sliding sunroof, ambient lighting, a 380-watts Meridian audio system and an eight-inch touchscreen interface for its navigation and In-Control infotainment system.