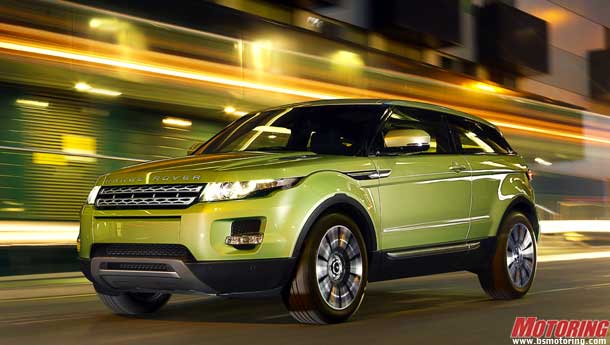 Jaguar Land Rover (JLR) is investigating the potential of manufacturing cars in India, company sources said, as the British luxury carmaker looks to build on its growth in emerging markets with the help of Indian parent Tata Motors.

JLR, which has ridden a wave of surging demand in China and other emerging markets to post record profits over the past year, is "actively exploring the possibility" of building cars from scratch in India, said one company source.

"The idea is being looked into, with the (Jaguar) XF and (Land Rover) Freelander the obvious candidates," said another source with knowledge of the matter.

The British brands, which already assemble two models in India using parts and engines shipped from factories in the UK, will also begin assembling the popular Range Rover Evoque in the country soon, the first source said without providing details.

Building cars in India, which has developed into an emerging market export hub for many global carmakers, would allow JLR to skirt high import taxes on luxury cars, which the country's finance minister proposed raising to 100 percent from 75 percent in his budget speech last week.(INDIAN CAR SALES EXPECTED TO FALL THIS FINANCIAL YEAR)

"Jaguar Land Rover has ambitious plans to expand its manufacturing footprint and increase production in markets outside Britain," Del Sehmar, a Mumbai-based spokesman for the company, told Reuters. "We continue to examine options to expand our range of locally assembled products," he said, referring to India.

JLR will exhibit a new 9-speed automatic Evoque and an electric-powered version of its Land Rover Defender at the Geneva Motor Show next week.

Bought by Tata for $2.3 billion from Ford in 2008, JLR has defied those skeptical of its future under Indian ownership to roar back into profit over the past three years as the main growth driver for its now-struggling parent.

Continued growth in emerging markets such as India and China, which accounted for 22.3 per cent of its sales in the December quarter, is key for JLR as it embarks on an expensive overhaul of its production and product clout. The carmaker is investing $1.7 billion with local partner Chery Automobile Co in a factory in China.

JLR lags rivals BMW AG, Volkswagen AG's Audi and Daimler AG's Mercedes-Benz in assembling cars in India, where the luxury market is expected to swell by around six times by 2020 to 300,000 cars a year, according to business consultancy Frost & Sullivan.