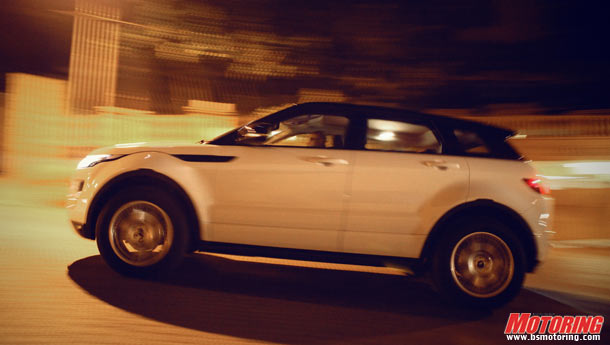 While analysts reacted negatively to a drop in the operating margin, JLR has demonstrated a strong global growth. Its lynchpin? China, which buys 12% of its cars

The day after the financials of Jaguar Land Rover were made public late last month, shares of Tata Motors plunged 13.5 per cent during intra-day trades despite the company selling an all-time high 314,000 units in a single year, a growth of 29 per cent over the 244,000 units sold in the previous year.

Yet, most brokerages were reacting to a sequential drop in the car company’s operating margins—Ebitda margin dropped 2.4 per cent to 14.6 per cent (in March 2012) from 17 per cent (in December 2011)—caused by higher-than-expected promotional costs and incentives in certain regions. These impacted JLR’s bottom line—which in turn contributed 91 per cent of Tata Motors' profits last quarter. Tata Motors closed at Rs 237.85 on Wednesday. The price was Rs 275.90 on May 29 before the results were announced

Prior to its fall on May 30, the Tata Motors’ scrip was a stock market darling, with a 'buy' recommendation from almost every brokerage house thanks to its gain of 54 per cent this year compared to a six per cent increase in the Sensex during the same period. This gain was reversed overnight when JLR reported contracted margins.

Is this a gross overreaction, especially in an economic environment that is strangling the sales of automakers? Or, is the margin drop a harbinger of worse things to come?

Surging volumes
First off, JLR’s volumes for the month of April have grown 29 per cent to little over 25,000 units, with the high-margin Land Rover range growing 32 per cent at 21,540 units for the same period. Also, the outlook for May is looking equally healthy. These are hardly the figures of a car company with engine trouble.

Then, Europe, which constitutes 27 per cent of JLR’s sales, and is going through considerable economic turmoil, seems to have had no significant effect on JLR’s sales. “"The trend is very much positive in Europe for premiums at the moment, both in terms of market share and volumes,” says Jonathon Poskitt, head of sales forecasting for Europe, LMC Automotive (formerly JD Power Automotive Forecasting) The key market for premiums is Germany, which is holding up while those around are struggling under the weight of austerity measures, rising unemployment and battered consumer confidence, he says.

In general, JLR’s good fortunes during a worsening economic situation is part of a larger trend of premium sports utility vehicles and luxury sedans flying out of dealerships while auto demand for the other categories has fallen 7.7 per cent in the January-March quarter. A major part of the hit was absorbed by mass-market car makers such as Fiat, Renault and PSA Peugeot Citroen.

One of the stars within the JLR line-up in Europe is the Land Rover Evoque, one of the few models carrying a waiting period currently. About 35 per cent of the overall volumes of Land Rover came from this model alone in the last quarter of last year. The Evoque, which in India costs Rs 44.5 lakh, was launched by JLR last year in the international market.

This isn’t an isolated trend. JLR seems to have worked its magic almost everywhere it sells cars. Wholesale volumes of JLR in Europe (excluding Russia) grew by 65 per cent to 22,821 units in the same quarter as against 13,810 units. In the home market, the UK, the two brands recorded a rise of 13 per cent in volumes at 20,421 units. Volumes in North America, too, were up 43 per cent at 16,352 units.

While some automakers are cutting volume guidance for the coming period, Jaguar Land Rover has added a third shift of about 1,000 employees each at the Halewood and Solihull plants to meet higher sales and future product actions.

"We are really happy to have the freedom to spend further money for the development of Jaguar Land Rover and we are doing it in many directions. We are investing now in the new Range Rover, Range Rover Sport, new body styles for some models and engine derivatives", adds Speth.

New wheels
JLR has already doubled its annual spending to around £1.5 billion (Rs 12,993.5 crore) each year in areas like new product development and emission related initiatives, among other things. Among the 40-odd products lined up for launch in the next few years, several would hit the market this year and the next.

Its refreshed Jaguar Land Rover products will source advanced low-emission engines from the newly-built and already operational engine plant at Wolverhampton, UK where an investment of £355 million (Rs 3065.7 crore) has been announced by it.

Jaguar will also unveil the F-type sports car in September that will go on sale as early as next April, to boost sales. The automaker will introduce a station wagon version, also known as an estate model, for the XF this year.

There would be six significant product launches within the next two years, based on the current line-up, which will include new engines, facelifts of existing cars and new variants altogether. These are likely to include an XFR-S model, a facelift for the Jaguar XJ, more premium versions of the Jaguar XK, as well as a four-cylinder diesel option for the XJ.

One of the countries contributing to increased sales is China, which accounts for 12 per cent of the car maker’s total sales, and which has grown a staggering 76 per cent over the last year. It recently beat the United States to become the world's largest automotive market and is now the world's fastest-growing luxury car market. The company is reaping the benefits of expansion in China, where there are over one million millionaires.

The China story
Bouyed by robust demand Tata Motors in March announced the formation of a joint venture with China’s Chery Automobile Company to make JLR's range of products at an investment of Rs 2,800 crore.

The venture, to be based in the eastern city of Changshu in Jiangsu province, will have a production capacity of 130,000 vehicles annually, according to a statement posted on China’s ministry of environmental protection’s website.

"We expect JLR volumes to remain robust, driven by the launch of Evoque, model year 2012 XF and a ramp up of operations in China, its most profitable market,” stated Jinesh Gandhi, auto analyst at Motilal Oswal. “We factor in 14 per cent volume growth to 360,000 units in FY13. Improving the market mix, internal cost efficiencies and sourcing from low cost countries would dilute higher cost pressures on JLR. We expect JLR's Ebitda margin to remain stable at 14.4 per cent in FY13", he added.

But how long will the party last? The world economy has already shown itself to be mercurial. Ralf Speth, chief executive, Jaguar Land Rover, said at a news conference last month, "Nobody knows how deep, how long or whether anything will happen in Europe.” While JLR has done well in adversity so far, it will need to ensure that it has a backup plan if conditions in its primary markets deteriorate.