Dr Wolfgang Epple, Director of Research and Technology, Jaguar Land Rover, said: "Our InControl system already allows the driver to plug their smartphone into the vehicle and then safely control their apps through the vehicle's touchscreen. The apps areenhanced for in-car use, so it is exactly like having your smartphone installed in your dashboard.

"Today, we areadvancing our InControl system a stage further and to the forefront of the industry with the launch of justDrive. This moves the driver from the task-oriented, app-specific touch-based use of individual apps, to full control of all chosen app content through plain natural speech or touch interface." 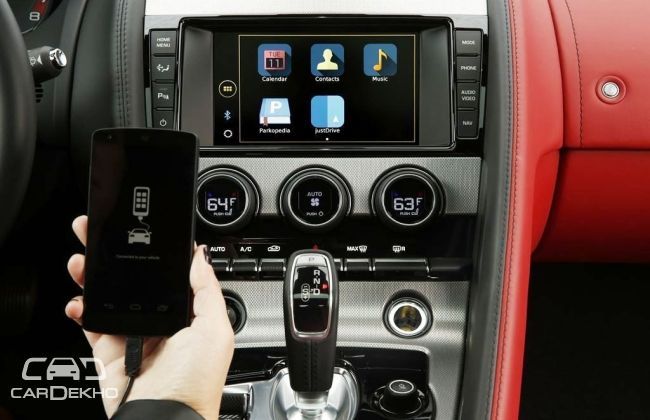 Using one of the most advanced plain speech recognition packages in the world, justDrive can understand the communication of customers naturally rather than using simple syntax commands. justDrive's intelligence takes care of finding the best results for a user's request from among the many applications and services that it has aggregated. So instead of navigation system for directions, or to tweet or SMS or to play a song, you don’t have to separately go for those specific apps and instead ask or tell justDrive.

"While our aim is to significantly enhance the driving experience through unprecedented levels of connectivity, we also want to reduce driver distraction. So we have worked closely with the CloudCar team to ensure justDrive is 'right for driving'," added Dr Epple. "Using speech as a key enabler, together with justDrive's simple and clean user interface, means we only show essential information to help create a safe, non-distracting driving environment."