Jaguar Land Rover has opened a new engine manufacturing centre located near Wolverhampton in the West Midlands. The plant was announced in September 2011 with an investment of 500 million pounds and will be home to the new Ingenium engine family powering the new generation of Jaguar Land Rover products. The plant will start with the 2.0-litre diesel to be fitted in the new Jaguar XE that rolls off the production line early next year.

Commenting on the opening Dr. Ralf Speth said: "The Engine Manufacturing Centre represents all that is great about British engineering. Jaguar Land Rover is a business driven by design, technology and innovation and this investment and level of job creation is yet further evidence of our commitment to advancing the capability of the UK automotive sector and its supply chain." 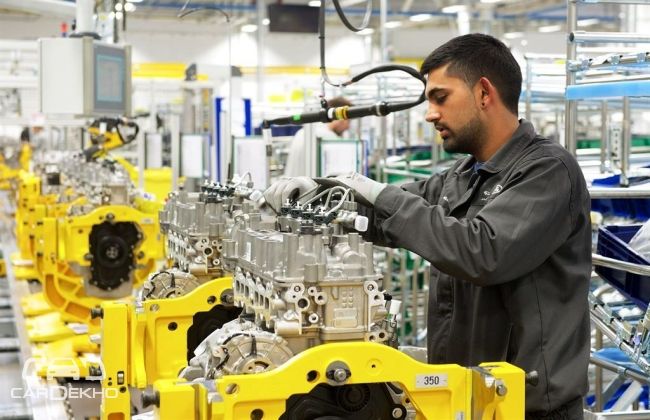 The 100,000 square metre, state-of-the-art facility, which was broke ground in June 2012 on the i54 Business Park site, houses an engine-testing centre, manufacturing and assembly halls. Around 2000 powertrain engineers, along with a 1,400 strong team of new recruits will work on the next generation of highly efficient, ultra-low emission 4-cylinder petrol and diesel engines.

Commenting on the importance of the Engine Manufacturing Centre, Trevor Leeks, Operations Director at the site said: "I am proud to be leading the world-class team who will bring years of hard work to fruition as we execute the flawless launch of Jaguar Land Rover's first in-house engines in a generation. Our new Engine Manufacturing Centre is an important step in advancing the competitiveness and capability of the UK automotive sector. The production of in-house engines will support the expansion of the UK supply chain providing critical mass for inward investment."