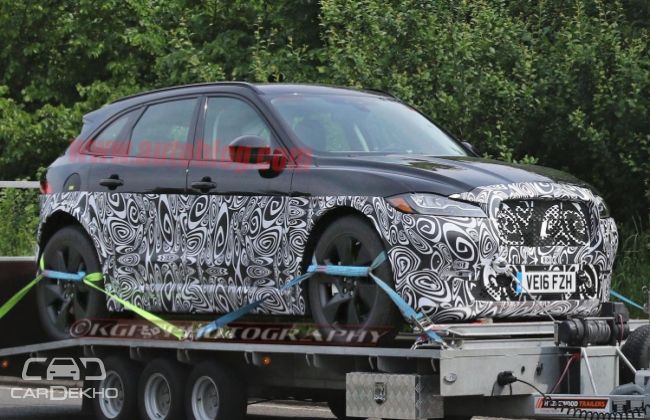 The vehicle you see in the image above is Jaguar’s yet-to-be-named crossover. Set to slide in above the F-Pace in the British carmaker’s model range the crossover has been unofficially named the J-Pace, tying it to the flagship XJ sedan.

Reports of Jaguar’s plans for introducing the J-Pace emerged last year and evidently, it is being developed to cater to the rising popularity of premium SUVs/crossovers. No concrete details have been revealed officially but it very likely that the J-Pace will share its platform with the Range Rover. Alternatively, Jaguar Land Rover (JLR) could stretch the chassis used in the F-Pace or borrow its underpinnings from the XJ sedan. 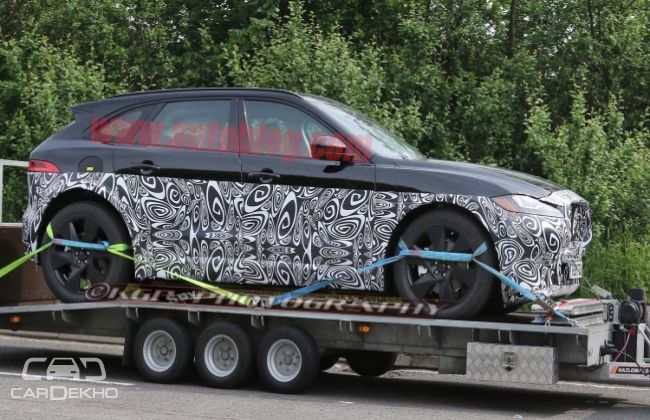 Earlier reports indicated that the J-Pace will be offered in standard and extended wheelbase configurations and while V6 and V8 engines will be included, a plug-in hybrid option, as well as performance versions can be expected. Autoblog, who snapped these images, checked the number plate of the car seen in the images on the British Ministry of Transport’s website. The check has revealed that the test mule has a 2.0-litre turbo-diesel engine that is working together with an electric motor i.e. a diesel hybrid. 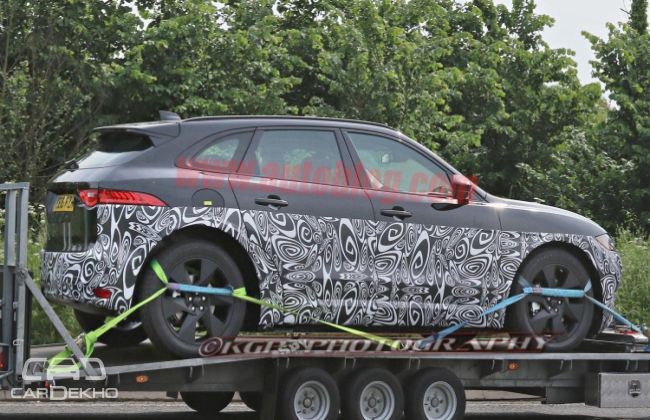 The car is still in its early stages of development and even the F-Pace has only recently started arriving at dealerships globally, so don’t expect a launch anytime soon. Reports indicate that the car will debut around 2019 and markets like the USA, Europe and China are likely to be the first recipients. Apart from rivaling the Mercedes-Benz GLS-Class, the J-Pace will compete with the yet-to-be-launched Audi Q8 and BMW X7, both of which, will sit atop their respective SUV line-ups.