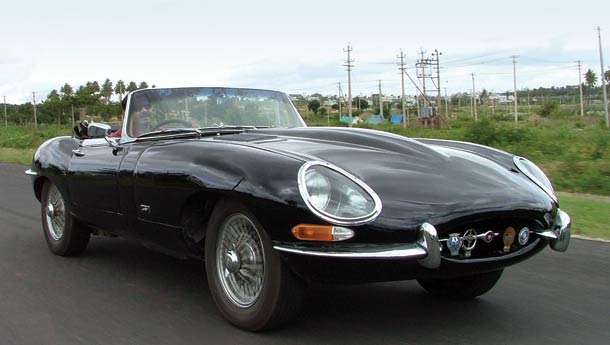 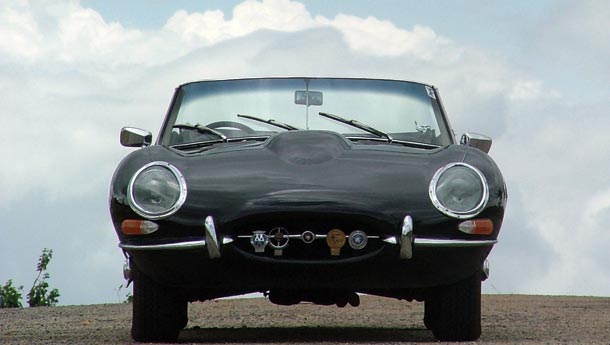 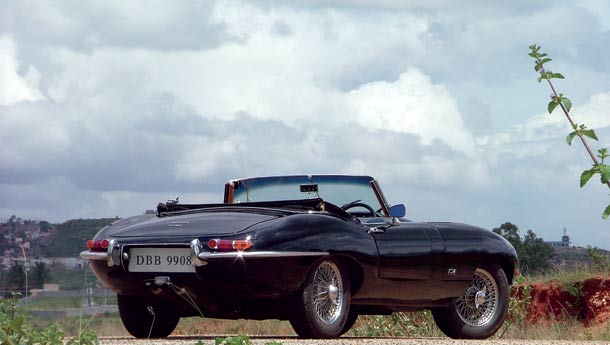 Legend has it that the Jaguar E-Type was the first production car to be ‘mathematically’ designed. The man who penned the lines of one of the greatest cars in the world didn’t like being called a stylist, he preferred to be known as an aerodynamicist. I don’t blame him. Malcolm Sayer was the man who designed Jaguar’s greatest motorsport machines, the C-Type and the D-Type, which brought Le Mans glory to Britain the way Bentleys of yore once did. The E-Type, thus, may have been scientifically and dispassionately designed, but let me tell you this, mathematics has never been this sexy.

If you think you have had enough of drinking automotive beauty with your eyes, wait, there’s more. Open the front-hinged bonnet and let it reveal the gem of an inline-six. If William Lyons, the Jaguar founder, wanted his engines to be extremely powerful yet reliable, he also insisted that they look equally good. The E-Type’s motor is up there with the immortals, not just because of the studded, gleaming covers of the twin overhead cams (which Lyons wanted because they resembled those in Grand Prix cars of the 1930s), but because it won Le Mans laurels for Jaguar in the C- and D-Type. And while at it, also did sterling duty in the flawless XK120, XK150 and other production Jags too.

If this Jag is one of the most desirable sights in the world, there’s one more view that’s equally awesome. Sitting behind the wheel, staring out at the open road with that elongated hood stretched well in front of you is another. You’re seated low, with your hands caressing the sporty, drilled three-spoke steering and a whole line-up of toggle switches spread across the dash making you feel like a fighter pilot.

Turning the ignition key, the engine burbles to life. I take a deep breath before I shift the four-speed gearbox lever into first. Mainly because I have tremendous expectations of this car. I had just the tiny bit of doubt initially that the car was not well-proportioned... you know, the narrow track when viewed front-on and that extra-long hood, but that doubt was blown to smithereens. And the other bit of circumspection was that this car is heavily over-exposed... the Brits keep harping about it all the time. Would it really be equally brilliant behind the wheel? Would it be cranky and a handful to drive the way classics usually are? Would the E-Type be more about style and less about substance?   Case dismissed! The Jag takes off with just a gentle dab on the pedal, with the rear wheels kicking up a dust storm. Wooah! A quick shift to second, and the engine is pulling the rest of the car in a hurry. Third comes in just as quickly... in any other classic of its age, I would be in a steady trot. Not here. I am already doing about 80 kph and I still have plenty of distance to cover between the throttle pedal and the floor. There is so much energy and strength in that handsome inline-six that I can’t believe that it’s over 40 years old. The engine revs so freely, it’s uninhibited, just like people in the 1960s seemed to be. At fourth, I am cruising breezily at about 100 kph, enjoying the sensation that’s the E-Type. The end of the hood has disappeared somewhere in the front, but that pronounced bulge and those louvers stare back at me – these two elements make the view just that special... you know there’s something special buried under there.

Shame on me for doubting its capability. This car is worth every word that’s been written about it, this is an automobile that exceeds the hype that surrounds it. I swear I have never driven a classic that’s so friendly and easy to drive as this. What you don’t see are the other pictures we have shot that has me grinning widely in every single frame... this car is a bloody revelation! The 3781cc straight-six, with twin overhead cams and hemispherical combustion chambers, further massaged by triple SU carbs, develops 265 bhp at 5500 revs and a wholesome 35.5 kgm of torque at 4000 revs. In fact, this engine was borrowed from the hot S-spec XK150 (if you remember, we featured the XK150S in the June 2002 issue of BSM).

This marvel of engineering is a development of the legendary XK motor that debuted in 1949 in the XK120 (then it displaced 3442cc) and would go on to power various Jags all the way up to 1986. Many would say that the magic of the E-Type is thanks to this race-derived inline-six. Well, there’s no arguing with that. The engine makes the car immensely tractable. It may be a little uncomfortable at low rpm, and could be a pain especially if you have to put up with slow moving traffic. But if you have a decent stretch of road, all you need is to stick the lever in fourth and enjoy the brilliant flexibility of the engine... crawl at 20 kph or take it all the way up to 140 kph without lifting your left hand. And when you really wanted to push it, the E-Type could attain a top speed of 241 kph. It was quick too, hitting the 60 mph (96 kph) mark in just 7.2 seconds and 100 mph (160 kph) in 16.2 seconds. Oh, do remember, it has been through extensive wind tunnel testing and that low-drag shape was created by an aerodynamicist! Yes, for that sort of speeds, you do need to stop in a hurry. Which is why the E-Type was one of the very first production cars in the world to feature discs brakes all round.

So much for the prowess of the engine. Admitted it’s remarkable, but there’s more to the E than that. And that’s the feeling of being one with it. For a car that can dismiss great distances without sweating it, the E-Type is equally fun to corner. By fitting the engine well aft the front axle, Jaguar engineers achieved a brilliant 49:51 (front:rear) weight distribution. The steering is virtually instinctive and the rest of the body follows in a jiffy. It feels as if the driver has been engineered to be a critical, dynamic part of the chassis. To me, the only car that has come this close to a fine balance is the Mazda Miata... but that followed the E after 25 years!   For a car that’s celebrating its 45th anniversary this year, the E-Type doesn’t feel dated at all. See, when you drive classics, you have to give them that much leeway when it comes to performance and handling. They may have been outstanding in the era that they starred in, but modern automotive technology has changed everything comprehensively. Yet, I need to make no compromises with this machine. I need not change gears gingerly (there’s synchromesh in second, third and fourth), the throttle response is as good as that in a modern car, the subframe mounted steering allows directional stability, and best of all, there’s no dearth of juice from that engine. Surprisingly, the E-Type is not about feedback from the road. It may be sporty, but that does not mean you need to be uncomfortable. The terrain doesn’t intrude into the bodyshell and consequently into your hands and bottom. Man, the British have really made ride quality into a fine art.

Legend also has it that the E-Type was destined for the race-track, to follow in the tyre marks of the D-Type. But when William Lyons decided that Jaguar should quit motorsport when it was ahead, the E-Type was offered as a road-going car. Now this only means that the construction of the E-Type borrowed a host of stuff from prevalent racing technology. For instance, its body structure constitutes a steel centre monocoque bolted on to a multi-tubular frame chassis on which the engine and front suspension were mounted. Yes, that’s right. Thanks to the front subframe, the Jaguar’s steering is precise, while keeping the vagaries of the road well where they belong. Suspension is independent at both ends, with wishbones and torsion bar at front and lower links, coil springs and telescopic dampers at rear. Oh, even the Le Mans cars did not have independent rear suspension!

Yet, for all that chassis technology going in, the engine proved too hot for the rest of the car to handle, especially on the limit and in wet conditions. And even those much-vaunted inboard-mounted disc brakes weren’t above criticism. Jaguar would go on to improve (if such a thing were possible!) on the E-Type over the years (See sidebar: Kitty litter). But one shouldn’t complain actually. Jaguar was offering a race-bred, extremely good-looking and powerful machine in 1961 for just £2,098. For that sort of kit, you would have to usually pay more than double with any other sporty marque like Aston Martin or Ferrari.

In fact, when it was launched on March 15, 1961 at the Geneva Motor Show, Lyons was repeating history with the E-Type. It created as much as a sensation as the stunning XK120 did at Geneva in 1948. The formula for both cars was pretty much the same: an outstanding, gorgeous form, terrific engine performance, British craftsmanship, all at a value-for-money price. Somehow I feel that Jaguar has never managed to repeat history ever since. The brand new XK and even the one before that tried to bring back the glory of the E-Type, but sadly, they haven’t managed to pull it through. Too much number-crunching perhaps!

We would like to thank Dr Ravi Prakash of Bangalore for allowing us to drive and feature his marvellous E-Type. Dr Prakash’s farm on the outskirts of Bangalore hosts an amazing collection of vintage and classic cars, and is also home to some of the finest automotive memorabilia. We have featured his Mercedes-Benz Nurburg and the Austin-Healey 100/6 in previous issues. Hopefully, you will see some more of his cars in future issues of  BSM.