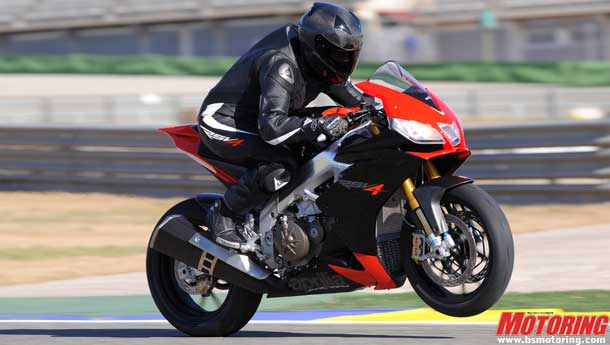 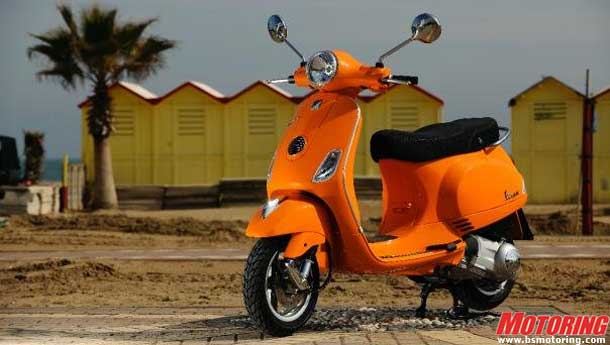 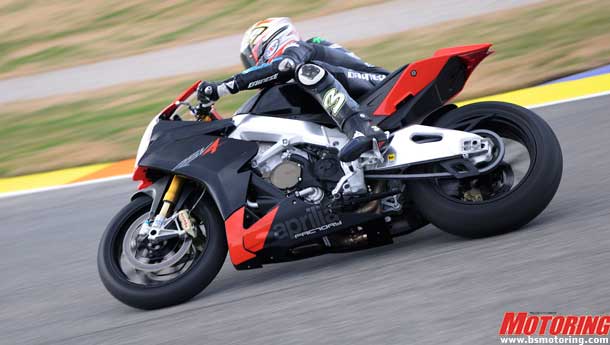 Aprilia is here! Well, almost. While Piaggio unveiled the Aprilia RSV4 superbike at the Mumbai International Motor Show on the 20th of January, the motorcycle will hit the roads only after a few months. However, being part of Piaggio, a company that is already well established in India, it’s only a matter of time before the V4-powered, 180 bhp RSV4 hits Indian roads, followed soon by other products from the Aprilia stable. Also unveiled along with the RSV4 was the Vespa LX 125 scooter. Indians will identify with this brand more than Aprilia, because Vespas have been around in India since the LML Vepsa days. Depending on the response and enquiries from people, Piaggio will decide the locations and numbers of showrooms that will need to be opened for Aprilia motorcycles, while Vespa scooters will be built and sold in India from early next year.


The RSV4’s beautiful slimline body is full of exotic details and contains an unrestrained and characterful 180-bhp V4 motor that is supplemented with some of the best electronic aids available today to put power down to the road. The RSV4’s prices have not been finalised, but they will be in the Rs 13-18 lakh bracket, the cheapest being the base model going up to the RSV4 Factory model. When one considers that equivalent European machines from Ducati and BMW cost at least Rs 3-4 lakhs more, the RSV4 has the potential to be a relatively value for money European superbike, a more exotic alternative to the Japanese imports that have been around in India for some time now.

What’s more, in the world of superbikes, racing success lends a superior aura to a machine and the RSV4 is the current king of the superbike hill, having won the World Superbike championship in 2010 with Max Biaggi riding it. If all goes according to Piaggio’s plan, then replicating Aprilia’s racing success in India might not be impossible at all!