Isuzu Motors India is all set to unveil the first made in India vehicle at an event taking place in Chennai tomorrow. If reports are to be believed, it's either going to be a D-Max or MU-7 as these are the only two models on which Isuzu has zeroed down to start its proceedings in India. It would be the first vehicle to roll out of Isuzu's contracted Hindustan Motors plant near Chennai. Isuzu will start manufacturing vehicles at its own greenfield manufacturing unit, once it is completely ready by 2015 at Sri City.

Isuzu claim to fame was the launch of both the aforementioned vehicles in the starting of this year just to get a glimpse of Indian audience's response. Both these vehicles were available at its dealerships located in Hyderabad and Coimbatore. It launched the mammoth SUV MU-7 against the likes of Toyota Fortuner, Ford Endeavour and Hyundai Santa Fe while the Isuzu D-Max was launched with a vision to compete with Tata Xenon and Mahindra Genio. 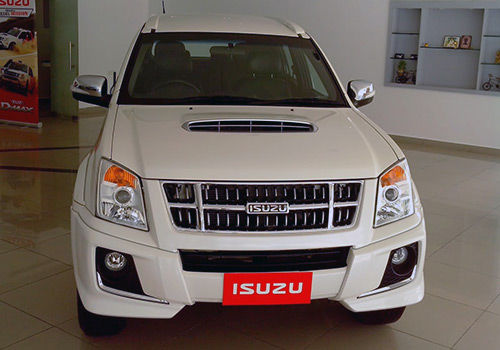 Since, the pick-up truck market hasn't gained much exposure in India therefore, Isuzu is looking to play it safe. However, one thing must be admitted that the Chennai plant of Hindustan Motors is severely under-utilized as currently it manufactures only Mitsubishi Pajero Sport, of whom a mere 266 units were sold during the months of October and November.