Is it fair to be told your car just turned scrap, asks R C Bhargava 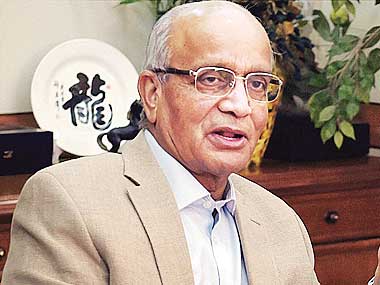 Wondering whether the ban on over 10-year-old diesel vehicles will improve air quality in the national capital, top carmaker Maruti Suzuki's Chairman R C Bhargava has said the industry would certainly be hit hard by it.

He also questioned whether it is fair to around 200,000 car owners, affected by the ban, to be told without hearing them that their “asset has just become scrap”.

Bhargava asserted that cars contributed only 2.2 per cent of the overall air pollution in Delhi as per the scientifically collected data analysed by the Indian Institute of Technology (IIT)- Kanpur.

“This ban on diesel cars, at least I can't see how it will make any measurable difference in air quality in Delhi but it will certainly hurt industry more than that,” Bhargava told PTI here. He said around 200,000 car owners, who would be impacted by the order in the Capital, had done nothing wrong and complied with the law while buying these vehicles.

“Suddenly without any opportunity being given to them they have been told you can't use these (vehicles). So I feel very strongly that this is not fair to them,” he added.

Earlier this month, in a jolt to diesel car owners in the National Green Tribunal (NGT) had directed the Delhi government to cancel the registration of all diesel-powered vehicles which are more than 10 years old from plying in the city.

When asked if the order would impact the company's business, Bhargava said: “I am not worried about selling cars, we have been selling cars and we will continue to sell cars that's not the issue. I am not looking at this as a Maruti chairman or somebody making cars.”

People who won't buy a diesel car will buy a petrol car, it doesn't affect the company's business, he added.

On July 18, a bench headed by NGT Chairperson Justice Swatanter Kumar ordered that the Transport Department in Delhi will issue public notice in this regard and supply the list of such vehicles to Delhi Traffic Police which will take appropriate steps in consonance with directions of tribunal.

Singling out diesel vehicles consequent to the pollution problems in the capital, the Supreme Court had banned registration of diesel cars and SUVs with engines above 2,000 cc in Delhi-NCR last year.