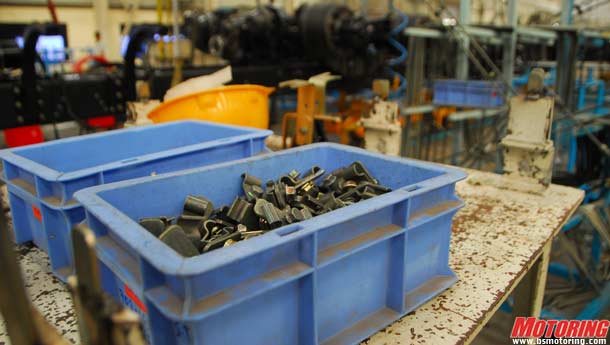 Sluggish demand in the automobile market has sparked off alarm bells in the auto ancillary industry with fresh investments in the sector projected to decline to a four-year low of less than $1 billion in 2012-13.

Vinnie Mehta, executive director, Automotive Component Manufacturers Association (ACMA), said, “There are signs of distress all over. The slowdown has impacted sharply sales of commercial vehicles, construction equipments, tractors and passenger cars. Only utility vehicles are faring well. The moderation in growth rates and high capital costs are making auto component manufacturers to reconsider investments, which is expected to be less than $1 billion in the current financial year.”

Data available with industry body ACMA show fresh investments in the sector this fiscal would be the lowest since 2008-09, when component makers had together put in around $ 0.1 billion. The investment planned in the auto component industry in the current year, in fact, would be at least 50% lower than the $1.6 billion and $1.9 billion invested in 2011-12.

Automobile lighting systems maker Lumax Industries, for one, is reviewing investments on a case-to-case basis in face of the slowdown in the domestic industry. Anmol Jain, senior executive director, Lumax Industries, said, “For this fiscal, we had planned investments of Rs 100 crore but we are refraining from going aggressive on that. The market conditions in the domestic industry are such that we scaled down growth targets to 12-15% from the initial estimates of 25-20%.” The company had recorded revenues of Rs 1850 crore in the last financial year.

In exports too, there are worrisome signs with overseas sales of auto component manufacturers expected to decline by a whopping 25% to around $ 5.2 billion this fiscal. “Earlier Germany was going strong which had boosted overseas business of component makers. From the second quarter onward, even the market there has collapsed because of which we may now close the year with a decline of over 25% in exports”, Mehta informed. Europe is the largest exports destination of auto component makers accounting for 37% of overseas sales in 2011-12. Auto component exports from the country had fallen by 15% to $ 3.4 billion earlier in 2009-10.

Overall, total turnover in the auto ancillary industry is expected to grow by a moderate 5-7% to around $ 46 billion, from the earlier estimate of 8-10%. The projections are aligned with the growth estimates outlined of 5-7% for sales in the automobile industry in the country.