Interior And Details Of The Toyota C-HR Compact SUV Revealed 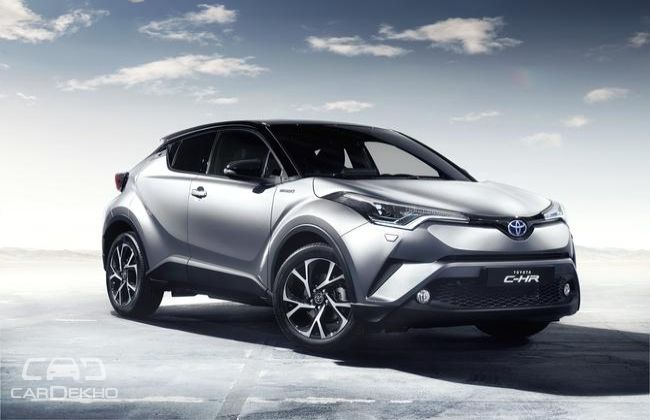 For the first time, Toyota has revealed the cabin of the upcoming C-HR compact SUV along with its other details. The C-HR had initially made its public appearance as a concept at the 2014 Paris Motor Show and was then showcased at the 2015 Frankfurt Motor Show. The production-spec model made its debut at the 2016 Geneva Motor Show. The C-HR stands for – Coupé High-Rider. 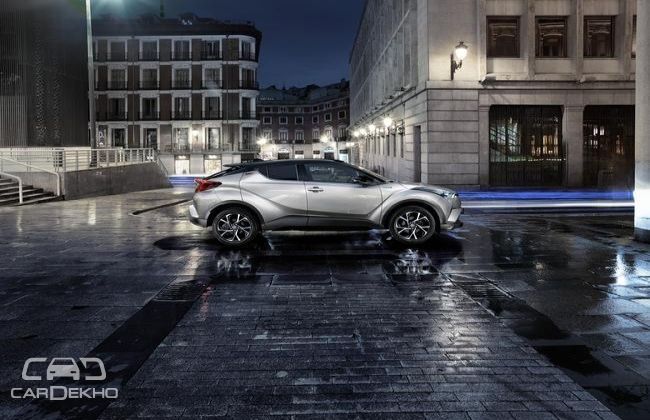 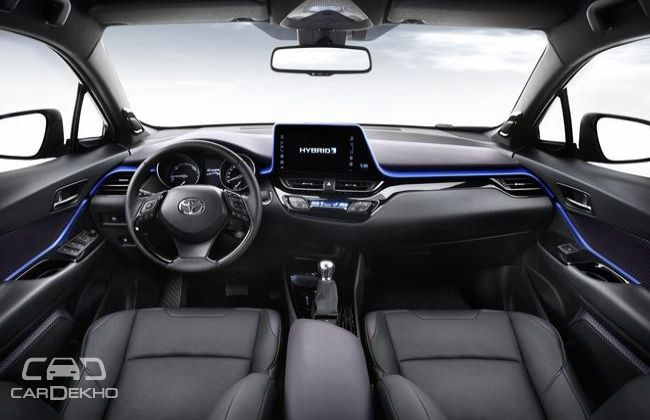 Just like the car’s exterior, the interior holds no resemblance to any existing Toyota. The Japanese automaker has emphasised that the cabin of the compact crossover represents Toyota’s new 'Sensual Tech' design concept. 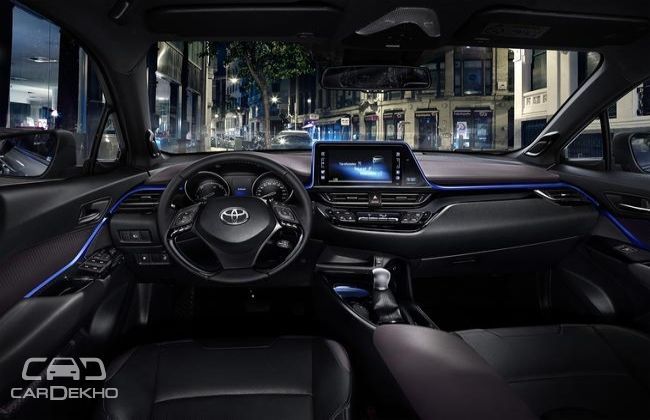 Like most of the new cars, the central console has an asymmetrical layout, enabling it to be driver-centric. As seen in the images, there is a seamless electric blue applique which runs through the length of the dashboard and also features piano black panels. The cabin will be available in a choice of three colour schemes: Dark Grey, Black/Blue and Black/Brown. 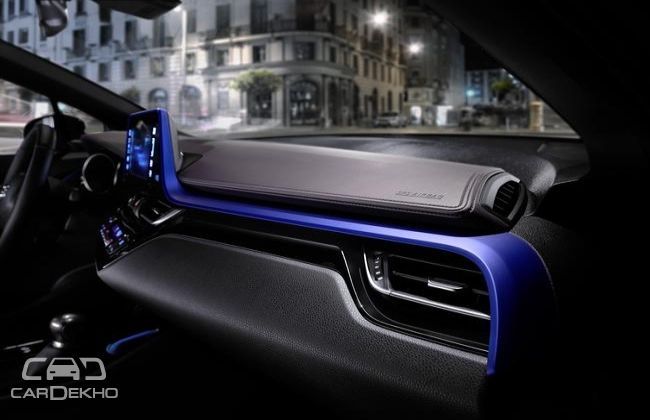 The C-HR has a mounted eight-inch touchscreen infotainment system that features a redesigned user interface along with Toyota’s Multi-Media ’16 navigation platform. The sound is pumped by an eight-channel 576 watt stereo amplifier coupled to a nine-speaker JBL sound system. And because the touch-screen is a free-floating unit and is not enclosed within the dashboard, the upper portion is considerably lower in depth, further enhancing driver visibility. 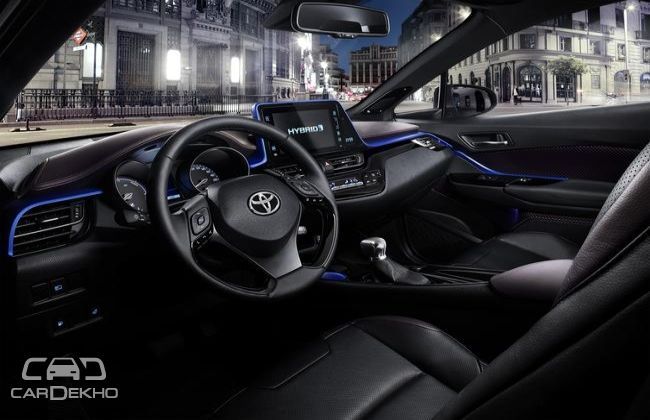 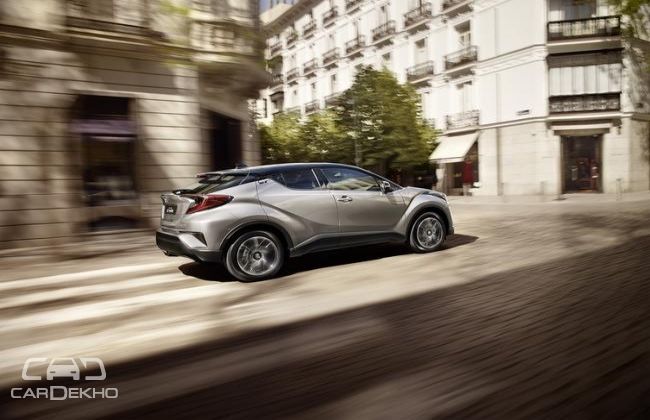 The Toyota C-HR will be powered by a range of petrol engines — a 1.2-litre turbocharged, a 2.0-litre naturally aspirated and a 1.8-litre hybrid powertrain. The 1.8-litre hybrid engine is the same as seen in the new fourth-generation India-bound Prius, delivering 122PS with a combined fuel consumption of 3.7 l/100 km (27 kmpl), along with a CO2 emission level of 85 g/km. The new 1.2-litre turbocharged motor puts out 115PS and a max torque of 185Nm, while the bigger 2.0-litre motor generates 150PS and 193Nm of peak torque. The latter only comes mated to a CVT automatic transmission, while the smaller engine offers an option of a six-speed manual or a CVT. 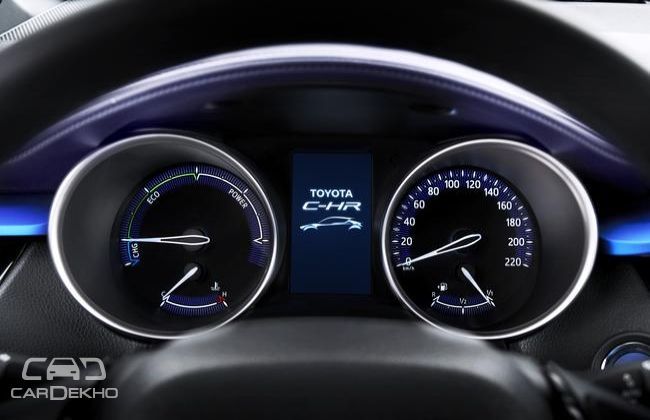 The Toyota C-HR will go on sale later this year in the European markets followed by a global launch.