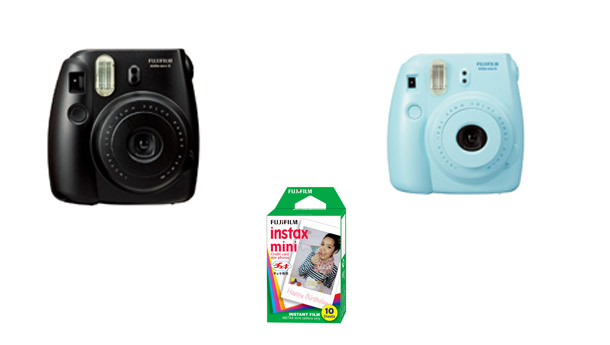 Many hundreds of years ago (or, more accurately, 30), growing up in what was then the infinitely preferable ‘Calcutta’, I was subjected to a mind-boggling feat of pure black magic. My parents and I were at dinner at the residence of Ram Ray, a legend in the advertising world and a gourmand and bon vivant of some repute. Ram was also at the forefront of technology, with his sprawling apartment stuffed with gadgets and knick-knacks that you would have found in extremely few homes back then – big screen televisions, Atari console gaming systems and whatnot.

After dinner, he asked me to sit in a chair and produced a boxy gadget. ‘Do you know what this is?’ he asked. ‘No’, I relied truthfully, although I was rather hoping it was stuffed to the brim with chocolates and other cavity inducers. ‘This is magic’ he said in a hushed, conspiratorial tone ; ‘look, I’ll show you – sit still.’ With that, he pointed the thing in my direction, a bright light momentarily blinded me and soon after, he handed me a piece of glossy paper. ‘Now listen carefully – stare at this paper and keep saying “Picture – appear”, “Picture – appear” and see what happens.’ I did as instructed, agog with curiosity, and to my utter amazement, a picture of me slowly emerged, going from bleached tones to a correct representation of colour. I was speechless, a rare occurrence at the time, and spent the rest of the evening (and several days following) wondering what the heck had just happened.

Ram had, of course, taken a Polaroid photograph of me (it still sits framed in my house, my face a study of bemusement), and perhaps the photography bug bit me at that very moment in a completely sub-conscious manner. Whatever it did, the net-net of all this is that I bought a Polaroid-like instant camera when I was in Tokyo recently, and it has since proved to be a delightful purchase.

The Fujifilm Instax Mini 8, to give it its rightful name, is little more than an expensive toy, to be sure. What I paid for the camera and 100 sheets of instant film would have bought me a top-spec digital point-and-shoot camera, but that’s beside the point-and-shoot. I already own about 746 (or, more accurately, 35) digital cameras and lenses, and in all the years of owning them, I have made a print of a digital photo precisely 12 times. The Instax allows me the very fundamental satisfaction of having a print in my hands at once and, although it doesn’t have the world’s greatest image quality, it’s just great fun, and what is photography if you’re not having fun?

Using the Instax is simplicity itself. The camera has a decidedly odd shape, as you can see in the photo, and is available in a raft of colours, including baby pink (I bought a black one, in case you’re wondering). The viewfinder is quite tiny and suffers from parallax error – since there’s no pentaprism in this camera, what the lens ‘sees’ and what you see through the finder are slightly different, so you have to learn to compensate your frame lines accordingly.

The 60mm fixed-focus lens (the recommended distance between you and your subject is at least three feet) pops out at the press of a button, and you simply push the lens back in when you’re done. On the lens is a dial that lets you manually switch between different lighting conditions (sunny, indoors, cloudy and so on) although the camera automatically detects this, and the flash is rigged to go off no matter what, since the maximum aperture size is a tiny f8. The shutter release button is right next to the lens, so you have to pull the button inwards rather than press it downwards as in other cameras. The film comes in a cartridge with ten credit card-sized sheets, which you load into a slot at the back, and a simple counter tells you how many shots you have left.

That’s about it, really – now, you aim and shoot, after which the sheet of film pops out of the top of the camera. Take a hold of it, ‘shake it like a Polaroid picture’ (in the words of the Outkast song ‘Hey Ya’) and soon, the photograph appears. I’ve been using it mainly to document various friends and relatives, and then putting the prints up on my fridge with magnets, and the only reason that I haven’t become more trigger-happy with it is that the film is kind of expensive here, although it’s not too hard to find. There was truth in what Ram said all those years ago – there really is a bit of magic in it.