India's first crossover bike gets thumbs up from buyers 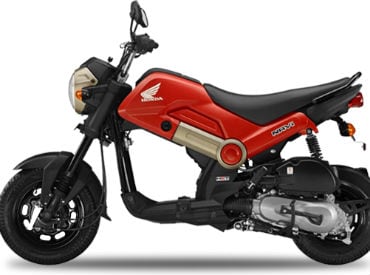 About two months ago, two-wheeler buyers walking into Honda showrooms were taken aback by a very unconventional looking two-wheeler.

A cross between a scooter and a motorcycle, the new Honda Navi is the third form of two-wheeler launched with the idea of offering the advantages of both the segments.

Launched in select markets, the Navi has since then become a hit among buyers. Initial reports state that Honda is adding more markets and the mini gearless two-wheeler is already running a waiting period of one to two months.

Around 5,000 units of the Navi, which is priced at Rs 39,500, have been sold by Honda Motorcycle & Scooter India (HMSI), India’s second largest two-wheeler manufacturer, since its commercial launch in March.

Yadvinder Singh Guleria, vice-president (sales and marketing) at HMSI, said: “The response the Navi has received is a little higher than what we expected. We expected slowdown in bookings in April, but none of that has happened. There is a waiting period of two to three months in places where Navi is not launched commercially and about one month in markets where it is available. The product has generated a very good buzz in the market.”

Modelled on the lines of a moped, the Navi though, comes with a comparatively more powerful engine and aggressive styling. HMSI is offering customisation kits along with the vehicle (at added cost), which buyers can use to dress up the bike according to their liking.

“We’re conservative in our estimates about the number of people opting for customisation. But to our surprise, about 50 per cent of Navi customers are going for customised kits,” added Guleria.

Chennai-based TVS Motor remains the only manufacturer to make mopeds in India. Last year, the company, which sells the XL Super in this category, clocked an average of 60,000 units a month of the model.

This made the XL Super the sixth highest selling two-wheeler last year, beating even the Pulsar, Bajaj Auto's flagship product and trailing CB Shine, Honda's highest selling motorcycle, by 80,000 units, according to data shared by the Society of Indian Automobile Manufacturers.

The Honda executive added the Navi will be launched in 35 top towns by the end of July against the current list, which includes Mumbai, Pune, Bengaluru, Chennai, Delhi and Gurgaon. Rural markets, which are the back bone of motorcycle sales in India, are not on HMSI’s radar for the Navi at the moment.

“We have not looked at rural and semi-rural market for the Navi as yet. It will be a top down (approach) for the Navi. Towns which are educational hubs like Chandigarh are the target markets for the Navi as the vehicle is targeted at 18-25 year olds,” added Guleria.

With an eye on the rising demand, HMSI is increasing production at a rapid pace at its newest plant. A few months ago, the Delhi-based company inaugurated a new plant in Gujarat dedicated to scooters.

“We are running full capacity right now at all our plants. There are 33,400 people waiting for scooter delivery. We are going in a step-by-step way for the Navi. We hit 50,000 per month capacity in Gujarat, which means within three months we have achieved 100 per cent capacity in Gujarat,” added Guleria.