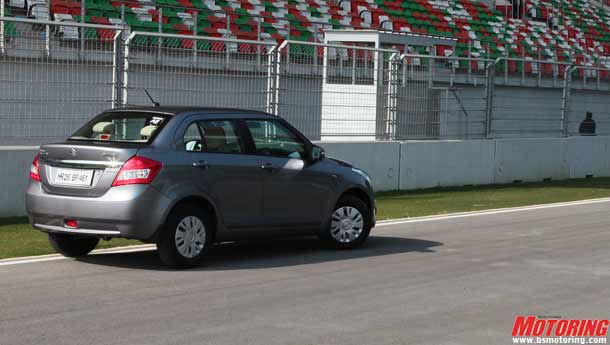 In the race for sales, India's carmakers may need to ease off the accelerator as they speed towards a head-on collision with a capacity glut.

Lured by 30% sales growth over the past two fiscal years, carmakers have pledged $6 billion to almost double India's annual production to more than 6 million vehicles. But now sales growth has come to a screeching halt and production capacity could be as much as 40% more than demand.

In September 2010, Maruti Suzuki, the industry's biggest player in India, announced a $390 million investment to expand capacity by 250,000 cars a year. It looked like a smart move then.

Indians bought 2.5 million cars in the fiscal year that ended in March 2011, an increase of 63% -- or 1 million cars -- over two years. Global majors like General Motors, Toyota and Peugeot soon followed. But the sales boom didn't last.

Car sales will likely shrink in the current fiscal year, for the first time in 10 years, leaving an excess capacity of around 1 million cars that the industry says will lead to falling utilization or a profit-eroding price war.

"If everybody comes along with what they say they are going to do, we are definitely going to have serious surplus capacity," said Maruti's chairman, R.C. Bhargava.

"With more manufacturers coming, everyone will have to work with thinner margins," Bhargava said, adding that capacity could be 30 to 40% higher than demand in the next few years.

Expecting an 11% fall in sales of its cars this fiscal year, Bhargava told Reuters that Maruti will allow market conditions to dictate the progress of the company's $1 billion new plant initially envisaged to churn out 2,700 cars a day.

Car sales in Asia's third-largest economy will fall below 2.5 million in the fiscal year to March, the Society of Indian Automobile Manufacturers (SIAM) forecasts, as 13 interest rate hikes since March 2010 and rising petrol prices curb demand.

Over the same period, India's total installed capacity will have risen to around 4.5 million cars, and could reach 6 million in a few years. Export growth is strong, but only around 550,000 cars are expected to leave the country's ports this fiscal year.

"There is a lot of capacity buildup and that is against the market expectation," said Michael Perschke, head of India operations for Audi, the luxury brand of Germany's Volkswagen Group.

Capacity growth will outstrip demand growth for the next two to three years, according to research by Credit Suisse.

Carmakers' margins have already been hit over the past year by rising commodity prices. Companies have been caught between offering discounts to encourage buyers while attempting to offset costlier rubber, aluminium and other materials.

The Indian operations of Tata Motors posted an operating margin of 7.2% in the quarter to December, down from 9.7% a year previously.

French major Peugeot SA, said last month it could delay a $850 million plant, of which around 75% of its 170,000 capacity was earmarked to serve local demand.

There is little doubt in the long-term growth prospects of India's car demand, where a 1.2 billion population dominated by young people with rising salaries and aspirations will likely make it the second-largest market in the world in 25 years.

Car sales are seen rising 11 to 13% in the fiscal year that begins in April, according to SIAM. But much depends on the central bank, as carmakers bet on falling interest rates.

"We have already created the capacity and are aligning our production suiting the demand," said P. Balendran, vice president of General Motors India. "Since we are expecting double-digit growth in the next financial year, we are not envisaging any capacity utilisation fall."

While the slowdown and capacity buildup lowers overall factory utilization, some plants are working at full tilt.

Mahindra & Mahindra, India's biggest SUV player, has around four buyers for each XUV500 car. The diesel model of Maruti's Swift hatchback has a six-month waiting list.

And automakers that build in India for export, such as the Renault Nissan alliance, which is doubling its capacity to 400,000, are better insulated from the slowdown.

"(The sales slowdown) is creating a short-term concern domestically," said Michael Boneham, president of Ford India. "But we're not depending on one market. Our growth is both domestic and export focused and we have a flexible manufacturing process...We're not taking our foot off the pedal."