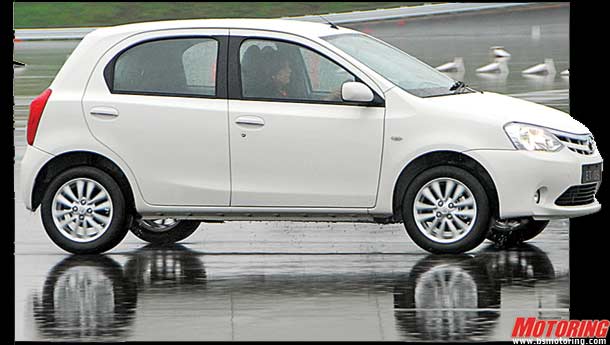 Toyota’s Etios, the entry-level sedan, made its global debut in India, while Honda will sell its small car, Brio, from October, making India the model’s second market after Thailand.

Both want to make these models in other developing countries, too, with key components coming from India.

Toyota plans to make Etios in Brazil from next year. It has also started studies for launching the model in Russia and China.

Sandeep Singh, deputy managing director, Toyota Kirloskar Motor (TKM), said: “Etios has opened opportunities for vendors in India. When it is introduced in other countries, key components will be sourced from India.”

TKM, which has a large vendor base, exports transmissions for its multi-utility vehicle, Innova, and its sports utility vehicle, Fortuner, to plants in southeast Asia. It has 107 suppliers in India.

Sources in the company said it was setting up an engine plant with a capacity of 100,000 per annum by 2012 for Etios and a transmission plant (capacity of 240,000 per annum) by 2013. A part of production from these plants could be exported to other countries where Etios would be made.

Yoshikori Noritake, chief engineer, product planning, Toyota Motors, had earlier told Business Standard: “While for our other cars, engineers took designs to suppliers and gave them specifications for components, it was the opposite with Etios. We researched with suppliers on the materials available and went back to the drawing board to build cars for the Indian market at aggressive pricing points.”

The vendor base in India has qualified Toyota’s quality norms and, therefore, will be in a position to cater to other countries as well.

Honda, which has a joint venture with the Siel group in India, is already exporting critical engine and body parts for the ‘made-for-India’ Brio to Thailand. Takashi Nagai, president and chief executive officer, Honda Siel Cars India (HSCI), said, “Brio has been developed keeping the Indian market in mind. The production process has started at the mother plant in Thailand to mature the product for introduction here. As many as 56 engine and body components of Brio are exported from the Tapukara (Alwar, Rajasthan) plant in India to Thailand.”