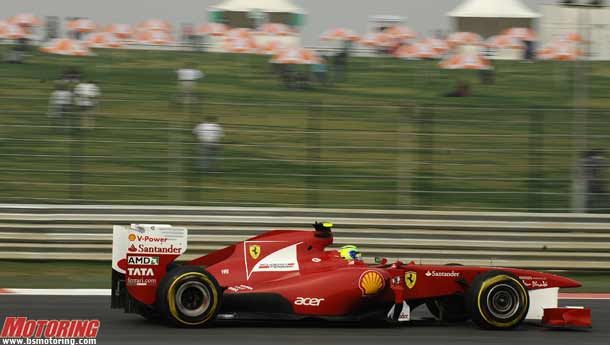 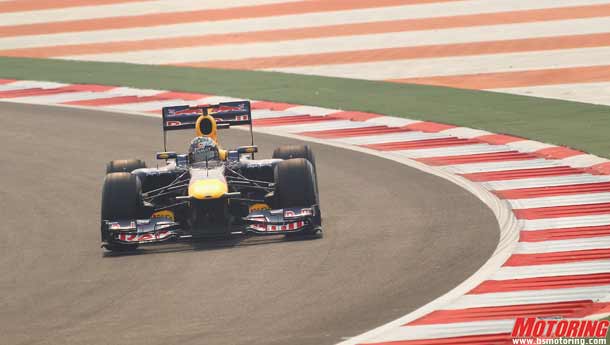 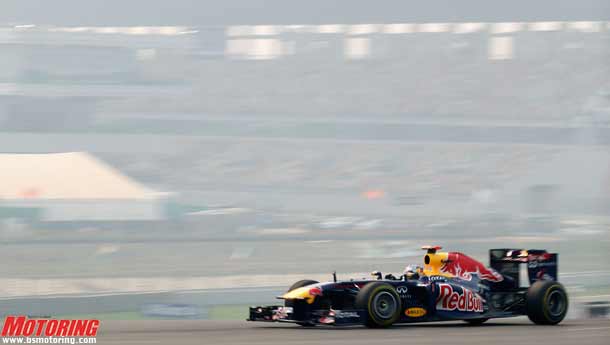 ‘It’s new territory here, so to a great extent we don’t know what to expect, which makes things exciting.’ That was race director Charlie Whiting previewing the first-ever Indian Grand Prix. And the new territory, despite best efforts, came with new challenges. Like a dog running out on track during the first free practice session, not something the organisers, or, indeed, the FIA, will be pleased about. There were other gripes too, the track was deemed a little too dusty, with a fair number of cars going off at some point during the practice sessions. Nonetheless, there are positives too, with the BIC being declared one of the most interesting and challenging tracks on the calendar by drivers and team personnel alike. And so, with Indian fans dotting the grandstands, the practice sessions at the Buddh International Circuit got underway.

The early pace setter during Free Practice 1 was Michael Schumacher in his Mercedes GP Petronas, with a time of 1 min 28.531 secs. But fastest time in the first practice session went to McLaren driver Lewis Hamilton who clocked 1 min 26. 836 secs. The Red Bulls of Sebastian Vettel and Mark Webber slotted in next, with Hamilton’s team-mate Jenson Button fifth. Schumacher had to settle for sixth. Post the event, however, Hamilton was penalised for having ignored double yellow flags waved at Turn 16, while the marshals were in close proximity to the track. This means the McLaren driver now has a three-place grid penalty at the Indian GP and can start no higher than fourth on the grid. A similar incident handed Sauber’s Sergio Perez the same penalty.

Karun Chandhok, who piloted the Team Lotus car of Heikki Kovalainen, set a time of 1 min 32.487 secs, 1.6 seconds off the pace of team-mate Jarno Trulli in FP1. And though Karun will not be racing at his home GP, the Indian driver is keeping his spirits up.

The fastest time in Free Practice 2 went to Felipe Massa in the Ferrari. Massa put in a time of 1 min 25.706 secs, slipping under the 1 min 26 second barrier. He wasn’t the only one though. Sebastian Vettel clocked 1 min 25.794 secs. And while Massa’s Ferrari team-mate did not complete the first practice session, Fernando Alonso slotted into third place by the end of the second session.