Tata Motors posted broadly in line March-quarter performance on the back of strong performance of its India business and steady margins for its British subsidiary Jaguar Land Rover (JLR).


Revenue for JLR rose 4 per cent, largely led by higher volumes from the Chinese unit (20 per cent), its largest and most profitable geography. Volumes were led by new launches, including Velar, new Discovery. While overall volumes rose 2.2 per cent, higher realisations from new launches aided the improvement in the top line. According to analysts, the company’s transition from diesel heavy portfolio in the European/UK market to hybrids and electric vehicle will have a bearing on JLR’s volumes. The two markets account for around 40 per cent of the company’s overall volumes. 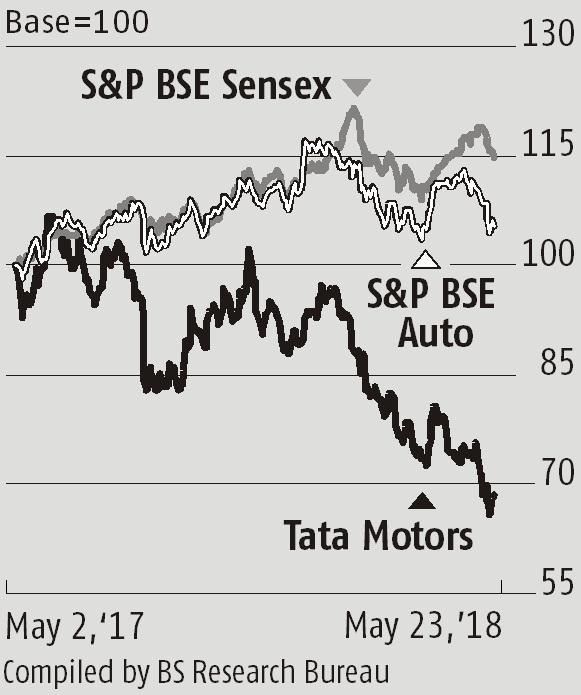 Operating profit margins (Ebit) for the consolidated level adjusted for higher depreciation and amortisation came in at 6.6 per cent, down 90 basis points from the year-ago period. The margins were dragged down by a 200 basis point fall in JLR margins (higher incentives, muted volumes and higher fixed costs) to 6.7 per cent, while it was set off by 460 basis point improvement in standalone operations to 3.1 per cent. The Street will keenly look at the margins for JLR, with the company indicating that the target of 4-7 per cent Ebit margins (FY18 margins at 3.8 per cent) over the next couple of years, since product development expenditure continues to be high. Indian operations reported free cash flows for the first time in five years.

While the bottom line was lower than analyst estimates, an exceptional impairment charge of Rs 21.13 billion for projects the company is no longer planning to pursue led to the sharp decline in net profit.