Suzuki’s new Vitara has received high scores in all four areas of assessment and also exceeds the minimum level required in all of these to attain the five star rating. In the adult component area of assessment, the SUV scored 89 per cent, in child occupant 85 per cent,  in pedestrian 76 per cent and in safety assist, the car scored 75 per cent. 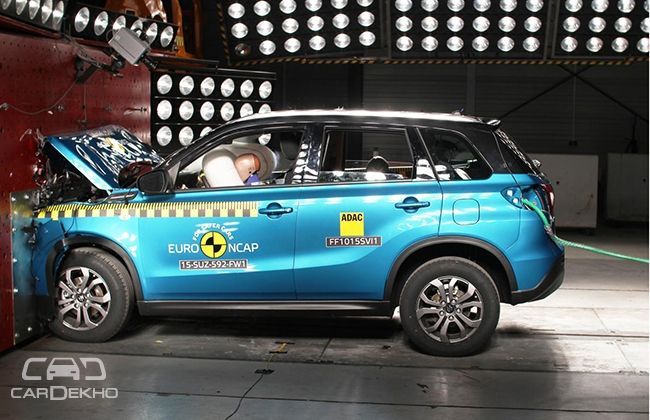 2015 Suzuki Vitara offers passive and active safety systems like for say, Total Effective Control Technology which protects the occupants by impact absorption. The SUV is build by the extensive use of high tensile steel and computer aided engineering technologies. 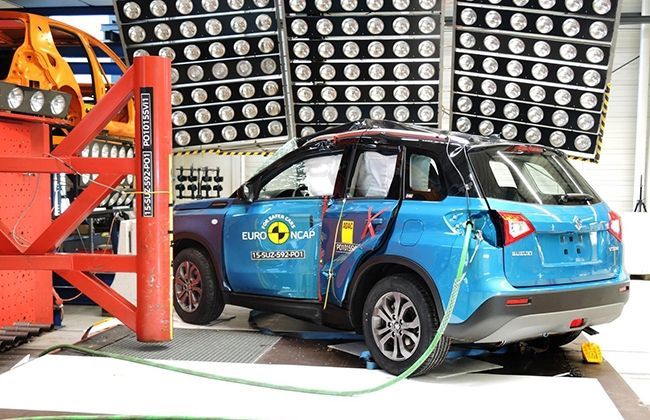 Recently, at the 2015 Auto Shanghai, Suzuki showcased India bound YRA and Vitara. The SUV Vitara will be available in both petrol and diesel motors. The petrol version gets ‘M16A’ 1.6-litre naturally aspirated engine which churns a max power of 120 PS @ 6000 rpm and 156 Nm of max torque @ 4400 rpm; mated to a 5-speed manual or 6-speed automatic with paddle shifters. The greener diesel version gets a ‘D16AA’ 1.6-litre DDiS turbocharged engine mustering 120 PS @ 3750 rpm, similar to that of petrol while torque stands at 320 Nm @ 1750 rpm.