Just ahead of its official world premier at the 2015 Detroit Auto Show next month, first glimpse of the second-generation Audi Q7 surfaced on web today. The new SUV is underpinned on the parent brand- Volkswagen's new MLB Evo platform, which has been designed specifically for the SUVs. Basically, the platform is a lighter version of the Audi's existing MLB structure, courtesy advanced multi-material construction. 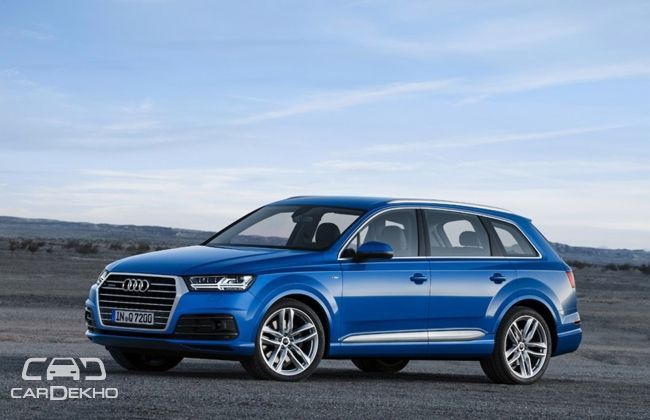 In terms of styling, the new Q7 looks more aerodynamic and sleek than before, albeit familiar Audi-ish elements. The front fascia now features more rectangular headlights with LED clusters and a hexagonal 3D grille, which very much reminds us of the next-gen TT sports car. While the flanks and crisp character lines on the SUV, are very similar to those of the new A8 sedan. At the rear profile, new rectengular taillights and set of chrome-garnished exhausts, are the some of the prominent tweaks. The cabin of the new Q7 comes with a neat driver-focused dash layout, and a digital customizable cluster as we have already seen in the TT sports car and Volkswagen Passat.

Under the hood, the Q7 will most likely offer three engine options- two petrol and one diesel. The petrol variants will get a choice of 3.0- and 4.0-litre TFSI units, while a 3.0-litre TDI mill will power the diesel model. An 'e-tron' plug-in hybrid version powered by a 3.0-liter V6 diesel along with an electric motor, and a top-of-the-line 'SQ7' high-powered model, equipped with a twin-turbo 3.0-liter V6 TDI engine of the RS5 will also be available at some point. Though, it is highly expected that we would only see the diesel Q7 running on the Indian roads. 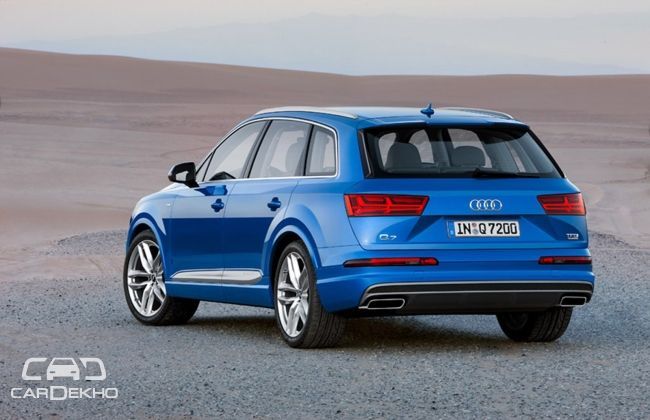