BR-V is Honda’s answer to Renault Duster, Hyundai Creta and Nissan Terrano. It will come with an option of 1.5-liter i-VTEC petrol and 1.5-liter i-DTEC diesel and is a 7-seater as well.

Honda has officially revealed the BR-V at the on-going 2015 Gaikindo Indonesia International Auto Show (GIIAS). The price of the BR-V in Indonesia will range from 230-265 Million Indonesian Rupiah (IDR) nearly Rs. 10.80-12.40 lacs. The bookings are open in Indonesia with deliveries slated for early 2016. Though Honda has not confirmed its launch in India, but it is expected that the company will reveal it at the 2016 Indian Auto Expo in Feb with a subsequent launch. 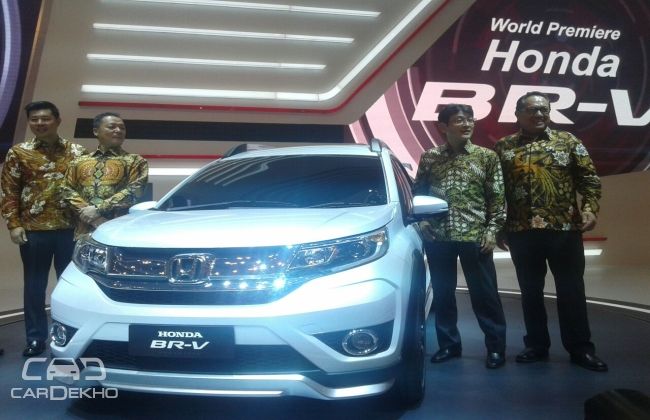 Honda BR-V - What’s on Offer?  At the outset, it features Active Solid Motion design philosophy and sports a chunkier chrome grille flanked by projector headlamps with LED positioning lights. There’s a faux silver skid plate too and chrome inserts around the fog lamp housing   The side profile reminds you of its resemblance with Brio/Amaze/Mobilio, courtesy to the similar character lines 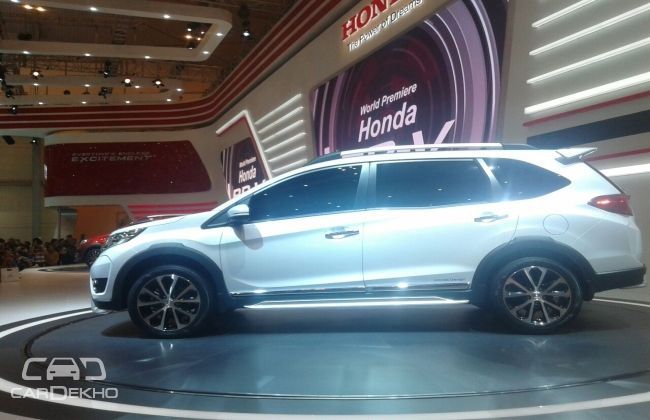 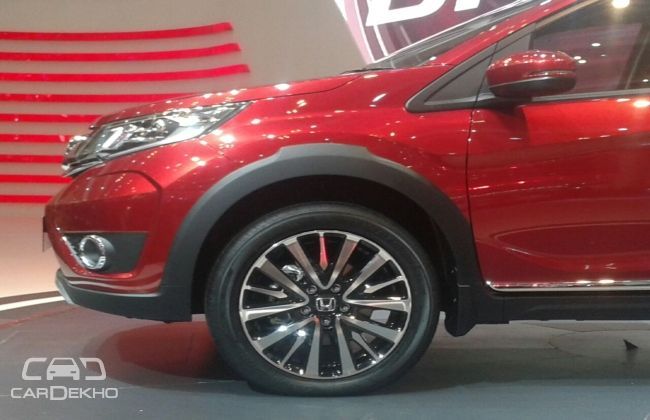 The BR-V features LED taillight, which are connected to each other The interiors are similar to that of the City and the Jazz with subtle tweaks Like the entire Honda range in India, BR-V also features touchscreen Audio-Video and Navigation infotainment system The major highlight of the BR-V, unlike its competitors, is its three-row seating making it a seven seater. The third-row seats can be folded in 50:50 ratio and all the rows feature AC vents 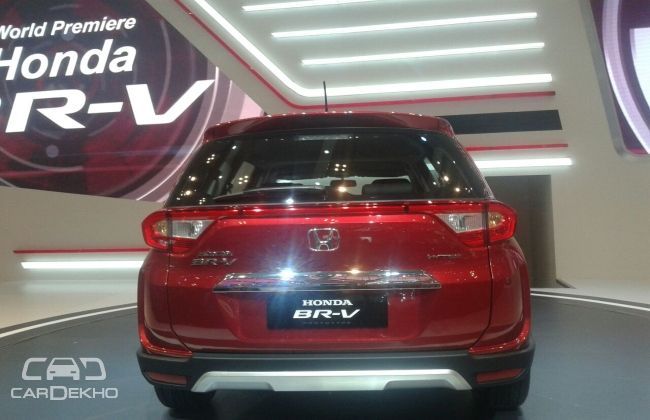 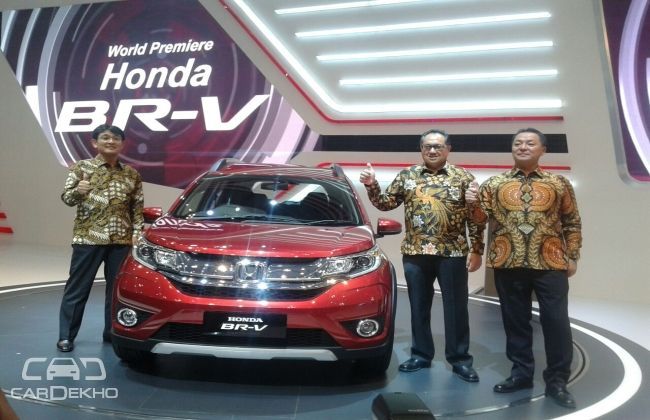