India a market for low-cost cars? Not any more 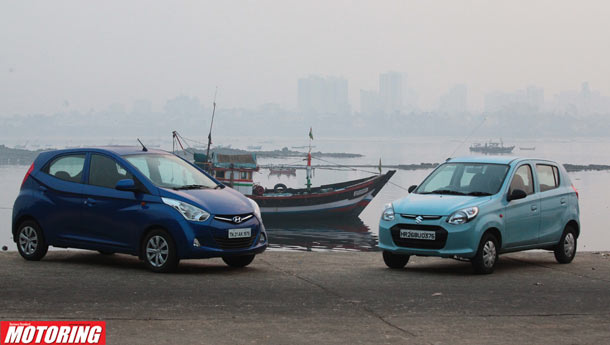 If you thought India was a low-cost car market, it might be time for a rethink. In the nine mnths to December 2012, the three models that brought additional numbers for Maruti Suzuki were not from the entry-level segment, once the bread-and-butter for the company. These were the Swift, DZire and Ertiga — all bigger premium products with price tags of more than Rs 4.5 lakh.

Maruti Suzuki India Ltd (MSIL) COO (sales & marketing) Mayank Pareek, agrees that Indian buyers have become more value-conscious and are showing a higher preference for premium products. But he also mentions that the difference in prices of diesel and petrol could have had a play in the sales numbers. “There is a demand for premium products, with a high proportion of sales for even entry-level products coming from high-end variants, but we also have to consider that entry-level products don’t have diesel options. This may be fuelling demand for bigger cars.”

The shift towards premium models could also be seen in the sales figures for Hyundai Motor India Ltd (HMIL), the country’s second-largest car maker. Here, too, despite the newly launched Eon pushing volumes, the combined share of this small-car model, the Santro and i10 in Hyundai’s total volumes came down to 58 per cent in April-August 2012. The Korean auto firm sold 163,611 units of these three models — a 5.7 per cent climb down from the 173,460 units sold in the corresponding period the previous year.

In the meantime, the sales of i20, Verna, Elantra and Sonata rose nearly 19 per cent to 115,020 units, accounting for 41 per cent (up from 35) of the overall HMIL sales. Vice-President (sales & marketing) Rakesh Srivastava says: “Due to the wide difference between prices of diesel and petrol, there was a substantial swing in consumer preference for models with diesel power trains. This led to volume growth for the i20, Verna and Elantra. Strong brand differentiation, with addition of unique features liek day-running light (DRL) in the i20 also boosted customer interest, bringing in more buyers.”

V G Ramakrishnan, senior director (automotive practice (South Asia, West Asia and Africa), Frost & Sullivan, says the trend has been precipitated by the economic slowdown. “While consumers at the entry-level are more sensitive to factors such as inflation, high interest rates, fuel expenses, those up the ladder have more disposable income at hand. For an entry-level buyer, the cost of a car would be equal to or more than his annual salary, but for a mid-level one, the vehicle cost would be a smaller portion of his overall salary. So, making purchase decision would be easier for the latter segment of buyers,” he says.

Also, with the age of first-time buyers coming down, consumers are moving towards bigger and premium cars. Abdul Majeed, partner and leader (automotive practice), PricewaterhouseCoopers, says: “As consumers are moving from middle to higher-middle class, the cash flow is increasing. And, the first aspirational need they want to address is mobility. A bigger and better car is a status symbol.” Over last five years, while the proportion of first-time buyers at the entry level (cars priced between Rs 2 lakh and Rs 4 lakh) has declined to 55 per cent from 62 per cent in 2007, the number of first-time buyers in the A2+ segment (cars priced above Rs 4 lakh) has nearly doubled to 46 per cent from 24 per cent.

Industry estimates suggest, there are around 15 million people vehicle owners in the country. Of these, around 10 million are looking to switch to a better car. The trend of customers moving towards premium cars is also being pushed by the large base of customers wanting to upgrade. “The rising interest rates could have deterred first-time buyer, but there is a large base of people looking to upgrade their vehicles,” says a senior executive at a leading automobile company.