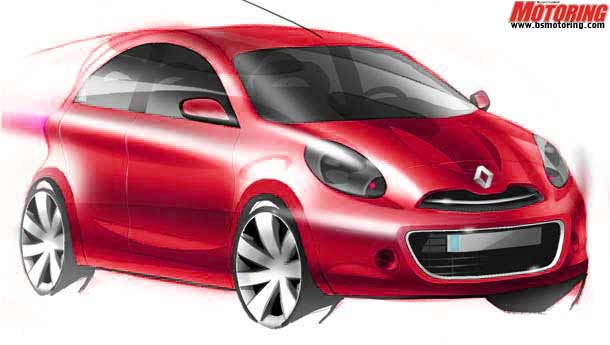 Renault and Nissan chairman CEO Carlos Ghosn will visit India this month-end to kick-start what would be the strategic partner companies’ big marketing build-up towards the launch of their compact car early next year.

Ghosn, 57, will unveil the concept version of Paris-based Renault’s compact car prior to the start of the inaugural Formula One Grand Prix of India, which is scheduled to take place in October 28-30. Renault, served in 118 countries, had a forgettable start to its India venture four years ago when it partnered utility vehicle maker Mahindra & Mahindra only to call it quits and running it independently later. The company has, thus, been cautious with its re-entry.

The French behemoth’s upcoming premium compact car competing against the Maruti Suzuki Swift, the best-seller in the segment, will be regarded as its flagship product. The firm, founded in 1899, aims at generating volumes and spreading brand exposure.

Renault will unveil and launch its compact car at Delhi’s international Auto Expo in January. The booking for the car would commence on the same day, informed a source. The concept compact car to be unveiled later this month will not be very different from the production version of the same car.

“The idea behind Ghosn coming to India for the compact car is to generate the excitement around the vehicle,” a source said. “Formula One will give the biggest platform for the launch. Renault has been associated with F1 for a long time.”

It will also be a global launch for Renault, as this car has yet to be launched anywhere else. The car is developed keeping the Indian market in mind, say Renault India executives. It shares its platform with Yokohama-based Nissan’s premium hatchback Micra.

India, where four out of every five cars sold is a compact, is one of the most crucial markets for Renault. The company is present through a premium sedan Fluence and sports utility vehicle Koleos. Despite the ongoing slowdown in demand in the local market, no auto company has chosen to hold back their launches. Ghosn, who will be also cheering his Renault F1 Team and drivers Vitaly Petrov and Nick Heidfeld on race day, is desperate to contain the drop Renault financial profits with expansions in newer markets like India.

Ghosn, who is also the chairperson of the 1999-initiated Renault-Nissan Alliance, has been instrumental in kickstarting three partnerships in India with local firms. Although the joint venture with M&M was aborted, Renault continues to ride with two-wheeler firm Bajaj Auto for a small car.