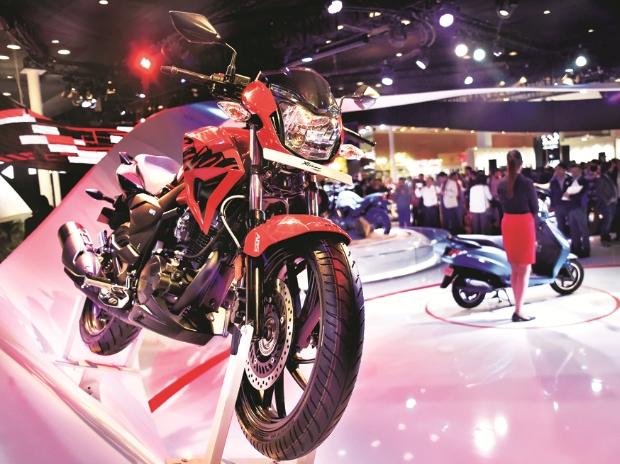 
Subrata Ray, senior group vice-president at ICRA, said the growth in exports was primarily on account of geography additions over the years and enhancing market share in these geographies. “Also, players such as Hero MotoCorp and Honda Motorcycle & Scooter India (HMSI) have taken to motorcycle exports in recent years. And they added to the volumes,” he added.


Y S Guleria, senior vice-president, sales and marketing, HMSI, said, “With a market share of 60 per cent, Honda alone accounts for three out of every five scooters exported from India. Led by Dio, India’s number one exported model, Honda’s exports grew by 17 per cent which is more than double the 7 per cent growth of scooter exports.”

He added that HMSI was not only leading the ‘scooterisation’ in India but was also driving the trend in other markets, especially the SAARC nations. The company is also mining new opportunities in the ‘style-conscious youth’ segment in Latin American countries with its Navi and motorcycle CB Hornet.

India Yamaha Motor, too, saw a 45.5 per cent y-o-y rise in scooter exports during the year, riding on its fuel-efficient variants Cygnus Ray and Fascino and exported 43,025 units in 2017-18.


For motorcycles, Bajaj Auto was the undisputed category leader with exports to 70 countries. Bajaj exported 1.39 million units of motorcycles during the year, a 56 per cent share of total motorcycle exports. Bajaj clocked a 15 per cent y-o-y growth in exports on a high base.


Rakesh Sharma, president of international business at Bajaj Auto, said a combination of factors were responsible behind the export growth — entering new markets, enhancing market share in existing ones and an increased acceptance of the Bajaj brand and its proposition. Sharma added that exports were primarily driven by three models, Boxer, Pulsar and CT. The Pulsar brand, which has seen 13 refreshes since its launch, sold more than 10 million units globally over 16 years in December 2017.


HMSI’s overall two-wheeler exports crossed 300,000 for the first time in 2017-18, growing 23 per cent. It exported to 27 nations. Guleria added, “The implementation of BS-VI norms in 2020 will open a golden window of opportunity to ‘make in India’ for the world as Indian quality will match global standards.”