In an electric atmosphere 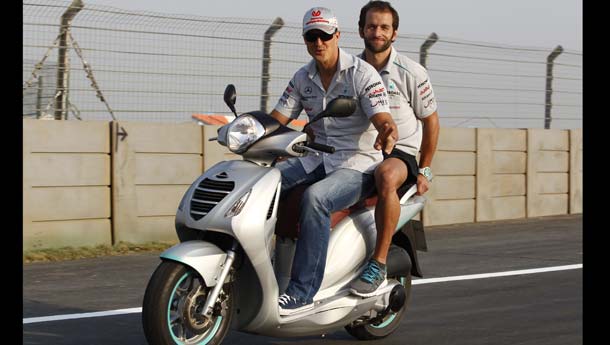 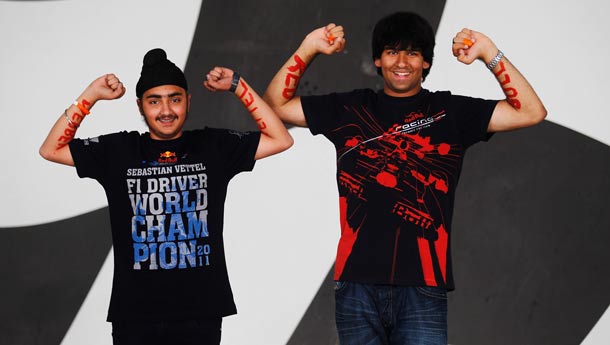 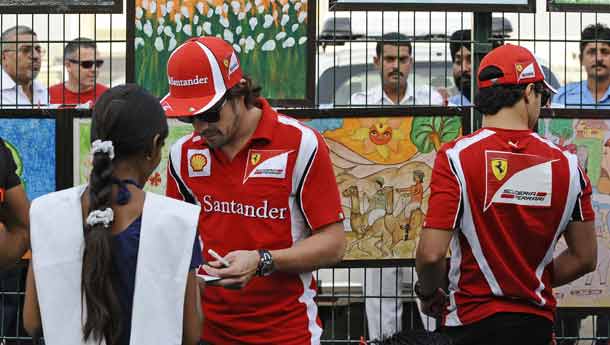 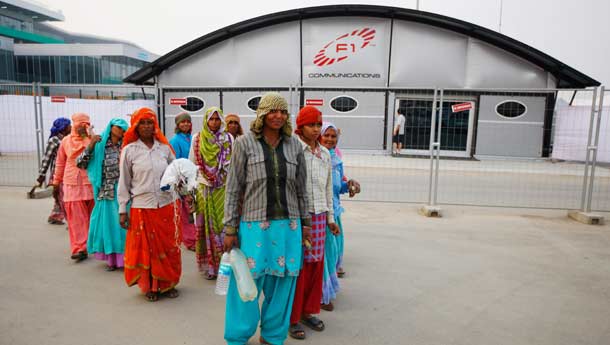 Two weary travellers trudge through the stands at the 2011 Indian GP. It’s been a long walk from the drop-off point for them, and an even longer journey from Bangalore to Greater Noida. But, there’s not a hint of fatigue to be seen. Instead, there are smiles on their faces and sheer excitement shining in their eyes. Travelling 2,000 km to watch Formula 1 is nothing for them. “If flights were booked out, we’d have taken the train,” they say before hurrying off to their grandstand seats.

You have to see it to believe it. People have turned out in full force at the qualifying session for the first Indian GP. Some wear McLaren T-shirts, some wave Ferrari flags, while Red Bull caps adorn other heads. And then comes that silver Mercedes GP car roaring out of the pitlane and heads out on track for qualifying. Instantly, there are cheers and shouts that nearly get drowned out by the sound of the V8 engine. Michael Schumacher’s many Indian fans have managed to make it to the Buddh International Circuit and seeing their hero drive is what’s keeping them going.

“I’ve been watching Formula 1 since the days of Ayrton Senna and Alain Prost,” says Karan Vir Singh, 26, who has spent a year’s savings on seats overlooking the starting grid. “But now I only support Schumacher,” he continues. “He’s one of the truly great drivers in F1 and I believe he’s the only real hero the sport has right now.”

There are other fans too, clad in scarlet and loyal to the Ferrari team. “A few years ago, my brother went for the Italian Grand Prix in Monza. It’s Ferrari’s home and I envied him,” says Ritika Tiwari, 24, who had to skip that race because of exams. But now that Formula 1 has come to India and there’s no way she could miss it this time, she says. But wasn’t flying all the way to Delhi expensive for a student? “I’ve been saving for a long, long time,” she laughs.

“I’d even been planning to go watch the races in Malaysia and Singapore, but those plans never worked out. But since I’m here, I’m rooting for Force India and McLaren”.

It’s interesting to note that Formula 1 enthusiasts from across the world are also excited by the prospect of the Indian GP. Respected F1 journalist David Tremayne, who has covered 404 F1 races back to back before this one, says the enthusiasm for the sport in India is energising. “People are genuinely excited to be here, and that makes us happy to be here, too,” he says.

There were hiccups along the way, and deadlines were stretched to the very last moment. But, when it was time for the cars to take to the track for the first time at the Buddh International Circuit, things fell in place. With ninety per cent of the grand stands full during the qualifying session itself, the race tomorrow should see a full house.

So, when the pitlane goes green as the cars head out for the warm-up lap before the first race at Greater Noida, there will be genuine enthusiasm from passionate fans and excitement from first-time viewers as well. There’s no better way to welcome a new circuit to the F1 calendar, now, is there?