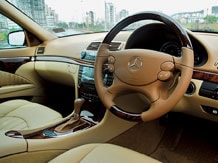 The depreciating rupee has hit Indian automobile companies hard, leading to a sharp rise in import costs, in a market already under pressure from a continuous slide in vehicle sales through the last seven months. In the April-May period, passenger vehicle sales have fallen 8.6 per cent to 4,09,823 units.

While companies across the board are tweaking sourcing policies and working on increasing localisation levels to offset the adverse impact of foreign exchange fluctuations, the mid-term focus is on scaling up exports to put in place a natural hedge against the falling rupee.

Shekhar Vishwanathan, vice-chairman (external affairs), Toyota Kirloskar Motor (TKM), said, "For every rupee depreciation, our import costs increase by as much as Rs 90 crore a year. While we have asked vendors to cut imports, it involves a lot of engineering changes. Additionally, we have to consider the cost aspect as well; sometimes, it is cheaper to import from Indonesia or Thailand than to localise. It would take us about three years to reap the benefits of genuine localisation, but the process has started. We do have a natural hedge, and are trying scale up exports to counter the adverse forex impact."

Toyota Kirloskar Auto Parts (TKAP) has commenced supplies of gear-boxes, primarily to the market in Thailand. TKM plans to export about 25,000 units of the Etios series to South Africa on a dollar-denominated basis, which would partially enable the company to counter the depreciating rupee.

At Maruti Suzuki, while an immediate price rise has been ruled out due to the sluggish market conditions, the company is trying to focus on a non-European exports market. "While we are gaining on the exports front due to the depreciating rupee, we are losing out more in increased import costs. The only answer is to increase localisation levels and step up exports, but it takes time. We are watching the dollar closely and would be looking for covers," said a senior Maruti Suzuki executive.

Last financial year, the company had exported about 1,20,000 units.

Maruti Suzuki has hedged 80 per cent of its yen/dollar exposure for the remaining part of this financial year. Its rupee/dollar exposure is covered till the end of the first quarter.

The company's margins have been under pressure through the last few days, as the yen has also appreciated against the dollar since May 22.

According to Motilal Oswal, Maruti Suzuki has hedged 40 per cent of its yen/dollar exposure (including indirect & royalty) at 95-98 levels for 2013-14 (90-92 for the fourth quarter of 2012-13), while the rupee/dollar rupee/dollar exposure is open. The recent pullback in the dollar/yen exchange (which impacted the rates for more hedges), coupled with the rupee's depreciation, would have an impact on Maruti Suzuki's estimated earnings per share for 2013-14/2014-15 of 6.8-7.7 per cent (currency impact, excluding the changes in volume estimates).

However, the yen is expected to depreciate about 10 per cent this financial year, following the announcement of a stimulus package by the Bank of Japan, through purchase of government bonds. In the last quarter, a weak yen had helped improve Maruti Suzuki's margins by 120 basis points. At Rs 1,147.5 crore, the company posted a record net profit for the quarter ended March, against Rs 637.5 crore in the year-ago period.