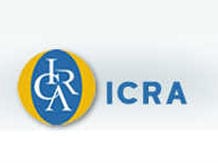 Rating agency ICRA has downgraded rating for term loans of JMT Auto, a unit of ailing Amtek Auto Ltd (AAL), to ‘BB-’ from ‘BB+’, on adverse effect of the large-sized debt funded by foreign acquisitions.


The company acquired two automobile component manufacturing units, REGE Holding GmbH and Amtek Components Sweden, in 2015-16 through a subsidiary. This turned its capital structure aggressive on a consolidated basis with gearing of 7.2 times at end of March 2016.


The ratings have been removed from watch with negative implications. The outlook assigned to the long-term rating was negative, ICRA stated.


AAL holds nearly 67 per cent of JMT’s equity capital. JMT Auto reported a net loss of Rs 42.2 crore on consolidated basis in 2015-16, owing to high depreciation and interest costs. However, on standalone basis, the company reported a net profit of Rs 4.9 crore during the financial year. ICRA had placed the ratings for JMT on watch with negative implications due to the lack of clarity about the total acquisition cost and funding pattern.


The current cash accruals of the consolidated company are insufficient to meet the large debt repayment obligations. This necessitates refinancing or external funding requirement for the same.


The ratings continue to favourably factor in JMT’s established relationships with reputed clientele both in the domestic and the export markets, and the vertically integrated nature of its operations.


AAL has reported continuous net losses in the past five quarters and posted net losses of Rs 320 crore in the first quarter of FY17, leading to a tight liquidity position in the group.


ICRA also takes note of the significant decline in JMT’s turnover and profits during FY16, with the company reporting nominal profits in the first quarter of FY2017, primarily due to a decline in its overall scale of operations.