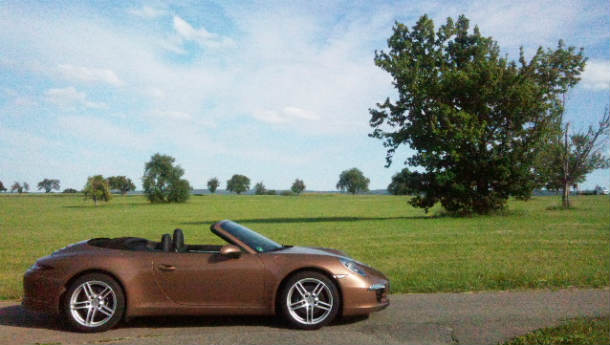 These Europeans have absolutely no idea about how to do a proper summer. The last few times that I've come to Europe in either June or July, months during which, by rights,  the sun should be out and women should wear very tiny clothes, it's been cold, wet and generally miserable. Needless to say,  the women have showed off their finest winter couture, with not an inch of flesh to be seen. I mean, when it's zero degrees celsius on a June morning, you know that someone, somewhere, has missed a trick.

This particular trip started out on a similar note as well. Before leaving for Stuttgart, to drive the new Boxster and some other cars, a quick check of the weather forecast revealed that there was about as much chance of sunshine and warm weather as of seeing Baba Ramdev at a gay pride parade. Touching down in Stuttgart, I was greeted with overcast skies and chilly winds, and soon enough, it began to rain. When you're meant to be driving a convertible, this is very bad news indeed.

Then something out of the ordinary happened - the weather held and, in a miracle of near - Biblical proportions, the sun came out. Under a lovely blue sky, at the wheel of the finest roadster in the world (and, later, of the new 911 Cabriolet), I drove on  some fabulous roads in the Black Forest region of Germany, through ridiculously pretty villages and fantastic countryside. The delicious note of a flat-six engine at full chat, wind rushing through the cabin, winding B-roads and yes, terribly fit women being lax with their clothing - it was a heady cocktail indeed. I think they may finally have learnt what 'summer' means around here - for now, anyway.